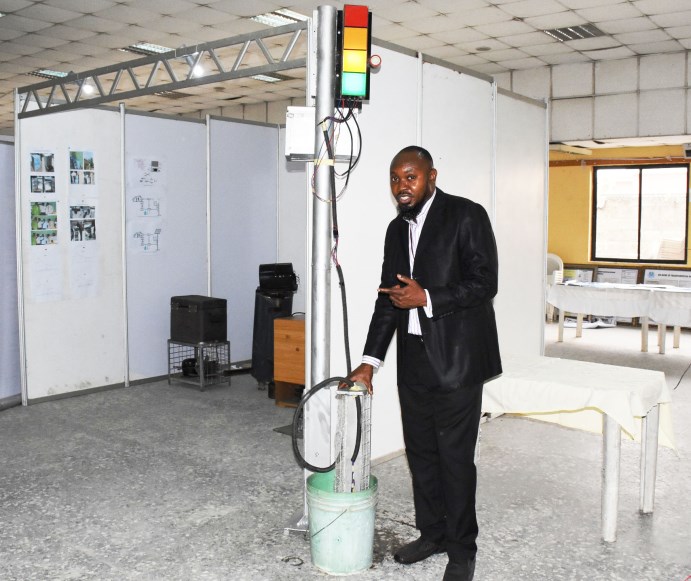 Three University of Lagos students have invented a vehicular road advance electronic flood level caution device for detection of water levels on major roads. The inventors are postgraduate students of the Physics Department of the university.

The device is among research products showcased at the ongoing 14th University of Lagos Annual Research Conference and Fair. The International Conference of the Humanities and Science which began on Wednesday had the theme: “Automation and Artificial Intelligence: Opportunities for 21st Research and Development’’.

One of the researchers, Mr Olufemi Ilori, said the device, already patented, was to detect water levels on major roads and raise alarm to warn the public on the inherent danger to road users. Ilori said: “It took the three of us – myself, Dr Raheem Isiaka and the lead researcher, Dr Uzoma Oduah – about one year to come up with this device after several failed attempts.

“This device is basically to save lives, as many people sometimes get caught unawares. We had to come up with this device which is to be installed where it is needed. It is for detection of rising water levels on the road, forewarn you on the need to use alternate routes and thereby avert flood hazards.’’

Ilori said that flood disaster risks would be reduced by installing the device especially in cities. He said that there were negotiations already with the Lagos State Government on installing the device on major roads. According to him, the applied technology of rising water detection is cheap, reliable, efficient and durable, and covers wider road networks when installed on street lights.

“We have many challenges in the country, and the way to solve the challenges is through solution-driven research. If we go into research without coming out with solutions to problems, then that is no research,” he said.