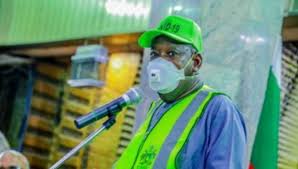 The Kano State Council of Ulamas on Wednesday expressed its opposition to the decision by Governor Abdullahi Ganduje to allow mosques and churches to resume congregational prayers in the state, PremiumTimes is reporting.

Recall that Ganduje had announced the lifting of the ban on congregational and ‘Eid’ prayers while insisting that congregants must continue to obey the physical distancing rule. The governor’s directive came moments after the Secretary to the Government of the Federation (SGF) and head of the presidential task force on COVID-19, Boss Mustapha, announced President Muhammadu Buhari’s extension of the lockdown in Kano by additional two weeks.

Ganduje’s spokesperson, Salihu Tanko, had said that the governor’s decision was based on “recommendations by 30 Islamic scholars in the state.”

The Islamic clerics said the decision risks increasing the rate of infections in a state which has more cases than any other except Lagos. The head of the council, Ibrahim Khalil, said the government should have considered the continued spread of the virus in the state in its decision, adding that had the government consulted with the Council of Ulamas, it would have told it to give priority to the health of the people but they were not consulted.

The Nigeria Centre for Disease Control, (NCDC), on Tuesday, announced 226 new infections of COVID-19 Nigeria, with Kano recording zero case. The NCDC, however, said the total confirmed case in the state stands at 824, second only to Lagos, Nigeria’s epicentre of the disease.