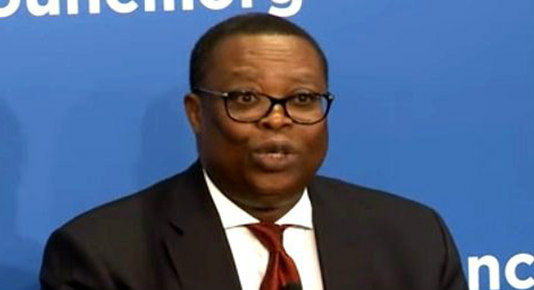 Over two years after the former Director-General of the National Intelligence Agency, NIA, Amb. Ayodele Oke, and his wife, Folasade, were placed on th

Over two years after the former Director-General of the National Intelligence Agency, NIA, Amb. Ayodele Oke, and his wife, Folasade, were placed on the global wanted list for failing to appear in court to answer for a money laundering charge of N13bn against them by the Economic and Financial Crimes Commission, the International Police have yet to arrest them, ThePunch is reporting.

After declaring the couple wanted, the EFCC was said to have sought the assistance of the Interpol a year ago in apprehending the fugitives, but nothing has been heard on the matter since then. The then acting EFCC spokesman, Tony Orilade, said that the commission expected all Interpol member-countries to execute the arrest warrant issued against them.

Oke and his wife had reportedly travelled out of the country for medical treatment in January 2019, shortly before they were to be arraigned in court.

Oke and his wife are wanted in connection with the $43m, £27,800 and N23.8m cash recovered by the commission from an apartment at Osborne Road, Ikoyi, Lagos in April 2017. Under the former DG, the NIA was said to have collected $289,202,382 in cash for special operations from the account of the National Petroleum Investment Management Services at the Central Bank of Nigeria in February 2015.

The agency had claimed that the funds were meant for covert intelligence operations, but the Federal Government insisted it was a case of looting.