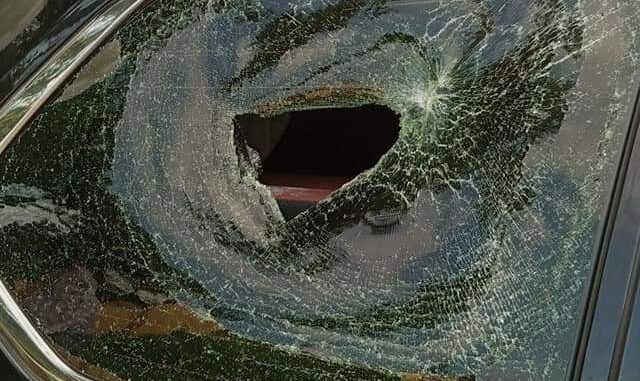 Two people have been killed, while several others sustained injuries after violence broke out at a protest ground in Osun state on Saturday. Gunshots

Two people have been killed, while several others sustained injuries after violence broke out at a protest ground in Osun state on Saturday. Gunshots shattered the gathering of #ENDSARS protesters in Osogbo after Osun state governor Adegboyea Oyetola joined in.

The governor had left Government House at Oke-Fia and donned a facecap branded with ENDSARS in solidarity with the protest. He arrived Olaiya junction, the epicentre of the protest, where protesters demanded he apologise for not having joined them since the protests began days ago.

The governor immediately apologized and told the protesters that he identified with them on the EndSARS agitation. As he was addressing them, stones were thrown in the direction of the governor by hoodlums, forcing his security aides to cover him. Gunshots followed from different directions. The governor’s convoy was chased with axes and machetes as it moved through the crowd.

Several people including journalists sustained injury in the pandemonium as people scampered for safely. Some victims were rushed to the state hospital, Asubiaro and the Our Lady of Fatima Catholic hospital, Jaleoyemi, Osogbo for treatment.

Osun information commissioner, Funke Egbemode, who also sustained injury called the incident an assassination attempt on Oyetola.
“This was certainly beyond the #EndSARS protest. The people who launched the attack were not protesters at all,” Egbemode said.

“Protests have been going on in the State for some days now, and there had been no attack on any government official since the beginning of the protest. However, today’s attack changed the narrative. It was not a spontaneous attempt. The attackers had it all planned. They had guns and other weapons. In fact, it was a woman who smashed the windscreen of the vehicle of the Secretary to the State Government, Prince Wole Oyebamiji where I was.

“It is really sad that these people infiltrated the ranks of the peaceful protesters and took advantage of the Governor’s walk with the youths to execute their sinister intentions. It was simply a street coup to take out the Governor, his Deputy and the Secretary to the State Government, all of whom were exposed during the protest and had to be smuggled into vehicles when the attack was launched,” Egbemode stated.

The Chairman of Osun Civil Societies Coalition, Waheed Lawal said some hoodlums had infiltrated the EndSARS protesters. He condemned the attack on the Governor, dissociated the coalition from it and called on the security agencies to investigate the circumstances that led to the attack.

Earlier before the disruption, the Governor told the protesters that the state government would foot the hospital bill of all those who sustained injuries during #EndSARS protest in the past days.