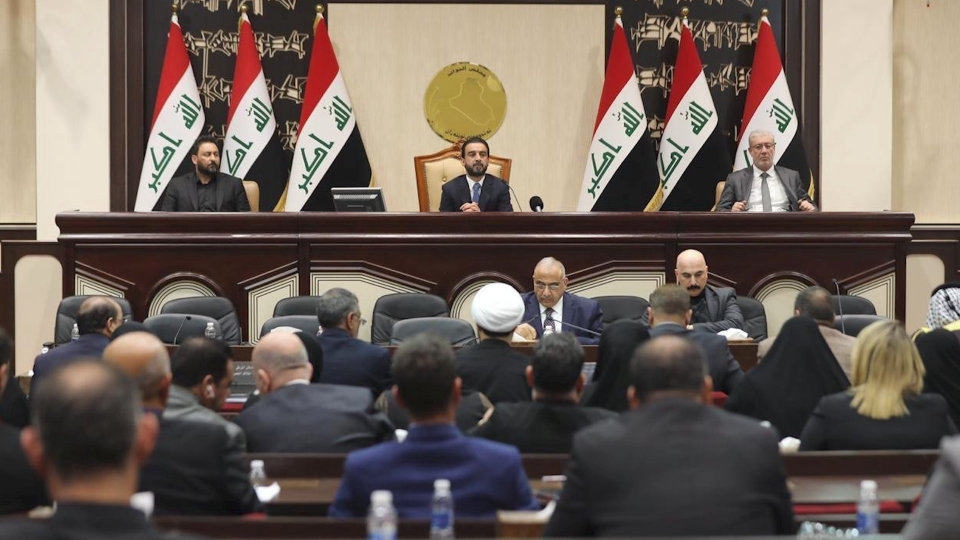 President Donald Trump has threatened Iraq with sanctions and a bill for billions of dollars if the U.S. is forced to withdraw its troops from the nat

President Donald Trump has threatened Iraq with sanctions and a bill for billions of dollars if the U.S. is forced to withdraw its troops from the nation after the Iraqi parliament, responding to a U.S. airstrike that killed a powerful Iranian general, Qasem Soleimani on its soil, voted in favor of expelling American forces.

The nonbinding resolution passed with the backing of Shiite politicians urges Prime Minister Adel Abdul-Mahdi to rescind Iraq’s invitation to U.S. forces that helped rescue the country after Islamic State overran about one.

Trump said he would not withdraw entirely unless the military is compensated for the “extraordinarily expensive air base” there.
“We’ve spent a lot of money in Iraq. We have a very extraordinarily expensive air base that’s there. It cost billions of dollars to build. … We’re not leaving unless they pay us back for it,” Trump told reporters aboard Air Force One as he returned to Washington after spending the holidays at his Florida resort, Mar-a-Lago. ”

The president added that if Iraqi officials try to kick the United States out the country it would not leave on a “very friendly basis.”
“We will charge them sanctions like they’ve never seen before ever. It’ll make Iranian sanctions look somewhat tame,” Trump said.

Iraq’s Prime Minister Adel Abdul Mahdi told lawmakers that a timetable for the withdrawal of all foreign troops, including those from the U.S., was required for the sake of  national sovereignty. About 5,000 American troops are in various parts of Iraq. Mahdi described the strike authorized by Trump as a “political assassination” and said it was “time for American troops to leave.”

Withdrawing U.S. troops from the Middle East has been a central component of Trump’s foreign policy; however, he has been forced to deploy additional soldiers to region to respond to several crises.

Iraq has been caught in the middle of increasing tensions between Washington and Iran. The US embassy in Iraq was the site of violent protests last week following a series of U.S. airstrikes ordered in retaliation for the death of an American civilian contractor killed in a rocket attack last month. Those tensions were further inflamed by the killing of Soleimani near the airport in Baghdad. Iran has promised retaliation and Iraq has said the U.S. attacks violate their sovereignty.