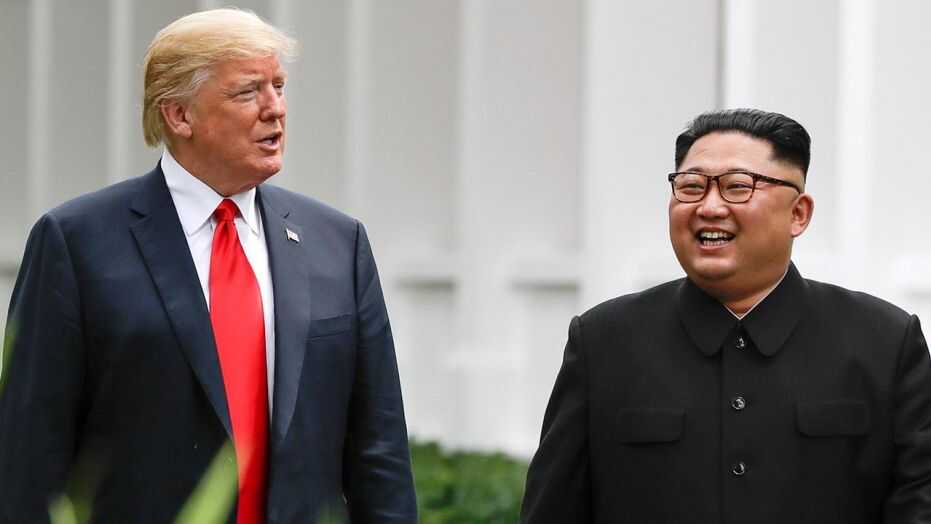 Donald Trump recently just made history by becoming the first sitting US president to enter to set foot in North Korea as he met Kim Jong-un, the coun

Donald Trump recently just made history by becoming the first sitting US president to enter to set foot in North Korea as he met Kim Jong-un, the country’s leader, at the heavily fortified Demilitarized Zone, and the two agreed to restart negotiations on a long-elusive nuclear agreement.

Videos of the president stepping onto North Korean soil and walking to shake hands with Kim Jong-un have been making waves everywhere as Trump met with North Korea’s supreme leader on Sunday. The last-minute meeting came after Trump tweeted an invitation to Kim on Saturday, asking for a quick meeting, just to “shake his hand and say hello”.

The two controversial leaders also met with South Korean president Moon Jae-in, who crossed the south side of the border for his first trilateral meeting with them. The camera-friendly demonstration of friendship intended to revitalize stalled talks.
“It is good to see you again,” an exuberant Mr. Kim told the president through an interpreter. “I never expected to meet you in this place.”

After about a minute on officially hostile territory, Mr. Trump escorted Mr. Kim back over the line into South Korea for a private conversation along with President Moon Jae-in of South Korea. Mr. Trump said he would invite Mr. Kim to visit him at the White House.

“This has a lot of significance because it means that we want to bring an end to the unpleasant past and try to create a new future,” Mr. Kim told reporters. “So it’s a very courageous and determined act.”

“Stepping across that line was a great honor,” Mr. Trump replied. “A lot of progress has been made, a lot of friendships have been made, and this has been in particular a great friendship.”

A showman by nature and past profession, Mr. Trump delighted in the drama of the moment, which he had arranged with a surprise invitation via twitter barely 24 hours earlier.

Never before had American and North Korean leaders gotten together at the military demarcation line, where heavily armed forces have faced off across a tense divide for 66 years since the end of fighting in the Korean War. The encounter in Panmunjom had been cast as a brief handshake, not a formal negotiation, but the two ended up together for a little more than an hour. After emerging from their conversation, Mr. Trump said he and Mr. Kim had agreed to designate negotiators to resume talks in the next few weeks, four months after they collapsed at a summit meeting in Hanoi, Vietnam.

Since Trump took office, North Korea has suspended nuclear tests, released detained Americans and sent back to the United States the remains of some American soldiers killed in the war. South Korean officials and others in the region as tension has eased significantly, and Mr. Moon praised Mr. Trump as “the peacemaker of the Korean Peninsula.”

But American intelligence agencies have concluded that North Korea “is unlikely” to give up its nuclear arsenal, as Mr. Trump has demanded, and even amid the rapprochement with the president, the North has produced enough fuel for a half-dozen additional nuclear weapons. In May, it launched short range missiles in violation of United Nations resolutions.