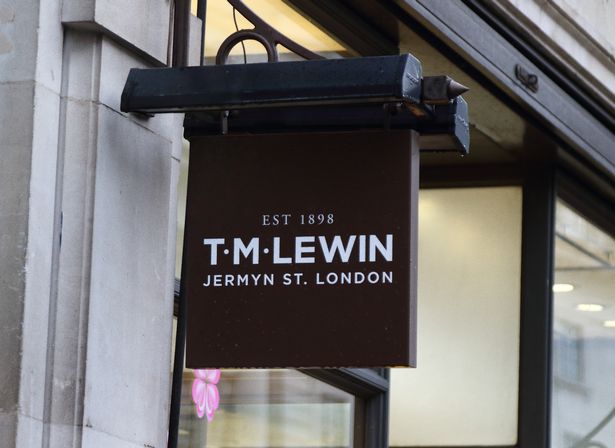 TM Lewin has announced plans to close all 66 UK stores, with 600 jobs set to be lost in the process. The iconic menswear brand, famous for its office

TM Lewin has announced plans to close all 66 UK stores, with 600 jobs set to be lost in the process. The iconic menswear brand, famous for its office clothes, is set to go online-only, after admitting its financial woes have been accelerated by the coronavirus pandemic.

In a statement, Resolve, which has been hired to restructure the business, said: “This acquisition secured the future of the brand at a time of unprecedented uncertainty within the retail sector. After considerable review, and due to the many issues currently being experienced by high street retailers, it has been determined that the future of the TM Lewin brand will be online-only.”

TM Lewin, which was founded in 1898, was placed up for sale just a day after the collapse of fashion chains Oasis and Warehouse in May. The shirt-maker’s assets have now been bought back by its owner, Torque Brands, an investment vehicle for private equity firm Stonebridge, through a pre-pack deal – but not its 66 shops.

The move comes a month after Torque acquired the retailer from Bain, the investment firm. The brand, which first opened in Mayfair in 1898, will live on online. The company said it could not afford the rent bill and other costs for its stores, which have all been shut since March. It cited the pandemic for its decision to steer away from physical outlets.

Torque is led by Simba Sleep co-founder James Cox and is backed by former Asda boss Allan Leighton and Paul Taylor, who previously ran Harrods. It plans to build a stable of brands that can be rolled out worldwide, which otherwise would have little chance of surviving the pandemic on their own. They will all use the same IT, manufacturing and distribution systems to minimise costs.

The Torque spokesperson added: “We are committed to selling quality tailoring to a global audience, but crucially in a financially sustainable fashion. The decision to significantly reduce the scale of the business in order to preserve its future will regrettably result in job losses as a direct result of the closing of the store network as we right-size the business.”

The chain is one of the most prominent names on Jermyn Street, the west end street populated by tailors and shirtmakers. Approximately 650 of the company’s 700 staff have been furloughed under the government’s coronavirus Job Retention Scheme.