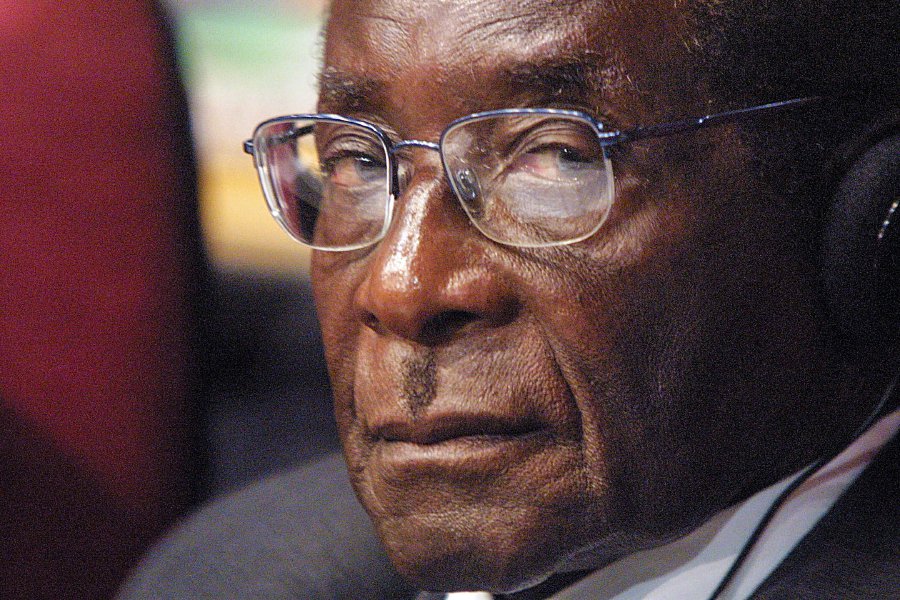 The Man Robert Mugabe: 7 things you probably didn’t know about him

It is no longer news that Robert Mugabe, the Zimbabwean independence icon turned authoritarian leader, has died at the age of 95. Mugabe who had been

It is no longer news that Robert Mugabe, the Zimbabwean independence icon turned authoritarian leader, has died at the age of 95. Mugabe who had been receiving treatment in a hospital in Singapore since April, was ousted in a military coup in 2017 after 37 years in power. He was born on 21 February 1924 in what was then Rhodesia – a British colony, run by its white minority. The story of Mugabe, who spent 10 years in prison when his country was under colonial rule, did not end like independence heroes such as Nelson Mandela of South Africa and Nnamdi Azikiwe of Nigeria.

So who really was Robert Mugabe? Here are seven things many do not know about the freedom fighter turned despot.

He was a political prisoner
To several people, Mugabe was a despotic leader with hatred for the west, particularly Britain. But little did people know that Mugabe’s hatred didn’t occur overnight. He considered himself as a victim of harsh colonialism and white supremacist identity politics. As a freedom fighter, he was arrested for subversive speech against the predominantly white government and imprisoned for a decade during the Ian Smith’s brutal regime in 1964. While in prison, Mugabe’s three-year-old son died of malaria, but the Smith-led colonial government denied him permission to attend the burial of his son. Mugabe would later allow Smith to serve as a member of the Zimbabwean parliament, a powerful gesture of forgiveness and reconciliation. But then, historians claim that his denial to attend his son’s burial played a part in explaining Mugabe’s subsequent bitterness. In 1974, Smith, Rhodesian prime minister at that time, allowed Mugabe to leave prison to attend a conference in Zambia (formerly Northern Rhodesia). Mugabe instead escaped back across the border to Southern Rhodesia, assembling guerilla trainees along the way. Since his escape from prison, the life of the Mugabe was full of struggles in various forms.

He was a dictator
After Mugabe’s escape from prison in 1974, and talks lead to the roadmap for an independent Zimbabwe, Mugabe’s ZANU, which merged with the Patriotic Front to create the Zanu-PF, won the election by a landslide, leading to his emergence as prime minister of Zimbabwe. He ruled the country as a two-time prime minister for seven years. After a disagreement between ZAPU and ZANU, Mugabe and Nkomo agreed to merge their parties and focus on the country. The office of the prime minister was dissolved and Mugabe emerged as president in 1987. In his early years, he presided over a booming economy, spending money on roads and dams and expanding schooling for black Zimbabweans as part of a wholesale dismantling of the racial discrimination of colonial days. With black and white tension easing, by the mid-1980s many whites who had fled to Britain or South Africa, then still under the yoke of apartheid, were trying to come home. It was not long before Mugabe began to suppress challengers, including Nkomo, liberation war rival. Faced with a revolt in the mid-1980s in the western province of Matabeleland that he blamed on Nkomo, Mugabe sent in North Korean-trained army units, provoking an international outcry over alleged atrocities against civilians. Although the state did not bother to count its victims, conservative estimates put the death toll at 8,000 people, while others say it was closer to 30,000.

He was funny but fearless
To some people, Mugabe will be remembered for his political sarcasm and ideologies. Although, he was often denounced as a power-obsessed autocrat who would stop at nothing to clinch unto power, Mugabe used his power directly in saying no to what he considers wrong. He portrayed himself as a radical African nationalist competing against racist and imperialist forces in Washington and London. Speaking at the United Nations General Assembly some years ago, Mugabe likened Unites States President Donald Trump to the biblical Goliath, advising him to blow his trumpet in the right direction. When he featured on Hard Talk, a BBC programme, in 1997 he was asked when he would relinquish power and he responded: “Go and ask the Queen of England that question.”

He had also spoken against traditions alien to the African culture. While rejecting homosexuality, he had taunted one-time US President Barrack Obama, seeking his hand in marriage. He loathed homosexuality and did not mince his words in saying it. Mugabe said gay people are lower than pigs, goats and birds and they should go to hell. At the 26th African Union Summit in Addis Abbaba, Ethiopia, despite local and international criticism against his government and party, Mugabe told leader to Europe to “shut their mouth” when discussing issues pertaining to him and his country.”

He was brutal as can be recalled when he seized land from the whites
In 2000, Mugabe commenced a land reform, which led to the seizure of white-owned farms for the resettlement of poor black farmers, without compensation for the whites. The former president said the policy was needed to transfer productive land into the hands of black Zimbabweans. The policy led to the fall of agricultural production as many of the black farmers were inexperienced. It also led the country with a net importer of staple maize grain between 2000 and 2016. The land reform, which according to reports, led to the death of few whites, strained the country’s relationship with Britain and other western countries. Many white commercial farmers fled the country for the fear of their lives. It also led to the withdrawal of international economic partners and investors.

He was well educated
With seven university degrees, Mugabe, who was born to a carpenter father, is one of the most educated persons that has ever held the helm of affairs of a country across the world. He holds a bachelor’s degree in Arts and Education from the University of Fort Hare in South Africa and earned multiple graduate degrees by correspondence while he was in prison, including a Bachelor’s of science in Economics from the University of London and two other law degrees. His degree of education contributed to rise at powerful Zimbabwe African National Liberation Army.

He married his secretary
Mugabe was first married to Sally, a Ghanaian. Until her death in 1992, she was described by many as the only person capable of restraining him. Mugabe started his romance with his then secretary, Grace, while his Ghanaian wife Sally was dying, struggling with renal complications. Mugabe’s daughter, Bona, was born two years before Sally died in 1992. Grace later gave birth to Robert Junior.  They went on to have their third child Bellarmine Chatunga the following year.

He was replaced by his ally
Mugabe, who had ruled Zimbabwe since independence in 1980, was ousted through a military coup in November, 2017. Before then, Grace, his wife who had warmed her way into his heart, indicated interest in succeeding him and Emmerson Mnangagwa, former vice president, who was perceived as a stumbling block was sent out of the way. He was accused of disloyalty and sacked on November 6. Eight days later, the military struck in form of a coup. Although Mugabe’s resignation was celebrated by millions of citizens in the country, for Mugabe, it was an unconstitutional and humiliating act of betrayal by his party and people, and left him a broken man. He stepped down under pressure from Mnangagwa’s allies in the army in November and quit as parliament began a process to impeach him, triggering wild celebrations in the streets. In an interview with South African state broadcaster SABC, Mugabe said he never expected Mnangagwa to turn against him. He banned the Zimbabwean president from his funeral.