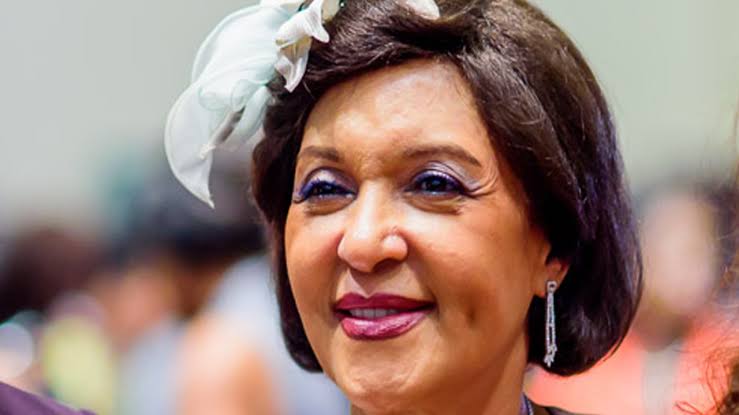 Maiden Ibru, the publisher/CEO of The Guardian Newspaper, a company she inherited from her late husband, Alex Ibru, today, joined the septuagenarian c

Maiden Ibru, the publisher/CEO of The Guardian Newspaper, a company she inherited from her late husband, Alex Ibru, today, joined the septuagenarian club. Astonishingly, the mother of five adults has not allowed neither age nor the vagaries of life to wither her. She is still as radiant as ever. She is one woman who has seen a lot, but agony, grief and tribulations of this world have not taken their toll, even as she marks her 70th birthday next week.

Considered to be the most powerful media woman in Nigeria, if not the whole of Africa, Maiden was born and bred in Nigeria to a Greek father and a Nigerian mother. Owing to her heritage, her skin tone easily gives her away, yet she strongly identifies as Nigerian, particularly Yoruba. In fact, many a time, those who interact with her are left dazed because of how effortlessly the Yoruba language rolls off her tongue, sometimes, without a word in the English Language.

A graduate of the University of Ibadan, Maiden Ibru is described as “loyal” and “free-spirited” by friends as has been nicknamed Ore gbogbo aye [friend of the world], because according to her, “I’d rather be a friend of the world than an enemy of the world because peace in its entirety is essential if you must live a happy and fulfilling life.”