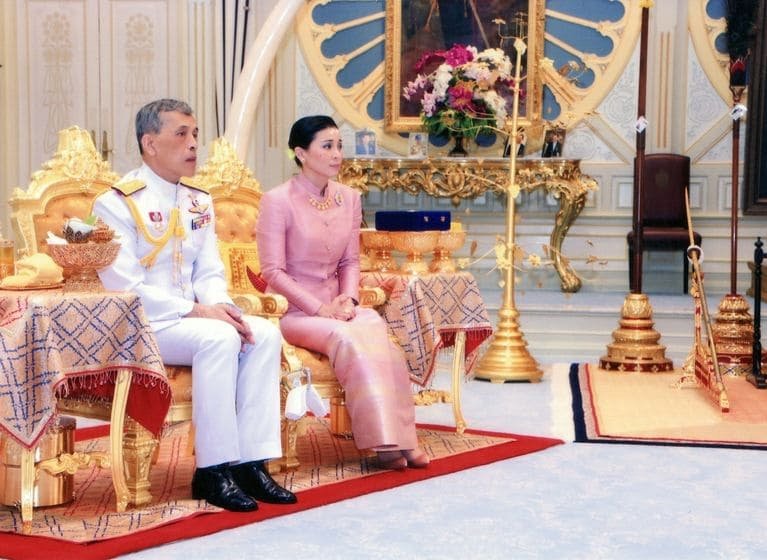 Controversial king of Thailand, Maha Vakiralongkom has been self-isolating in a luxury hotel in the Alpine resort town of Garmisch-Partenkirchen wit

Controversial king of Thailand, Maha Vakiralongkom has been self-isolating in a luxury hotel in the Alpine resort town of Garmisch-Partenkirchen with his entourage. The king booked out the entire Grand Hotel Sonnenbichl after the four-star hotel received “special permission” from the district council to accommodate his party.

The 67-year-old king’s entourage includes a harem of 20 concubines and numerous servants. It is unclear if his four wives are living in the hotel with the rest of the group.

Guesthouses and hotels in the region were ordered to close due to the coronavirus pandemic but a spokesperson for the local district council said the Grand Hotel Sonnenbichl was an exception because ‘the guests are a single, homogenous group of people with no fluctuation’.

News of Vajiralongkorn’s apparent self-isolation in a luxury location was met with anger by tens of thousands of Thai people, who risked breaking the country’s lèse-majesté laws by criticising him online. Under the laws, anyone who insults or criticises the monarchy could be imprisoned for up to 15 years.

But a Thai hashtag which translated to “Why do we need a king?” appeared 1.2 million times on Twitter within 24 hours after an activist claimed Vijaralongkorn was travelling on holiday in Germany while the outbreak continued to spread across Thailand.

The Thai Ministry of Public Health announced on Saturday 109 new cases in the country, bringing the total number of infections to 1,245.

The Thai king has not made a public appearance in his home country since February. His reign in Thailand began in 2016 after the death of his father, Bhumibol. Although there is no way to gauge his popularity among Thais because of severe lèse-majesté laws, it is believed he is not as well-loved as his father, who ruled for over 70 years.