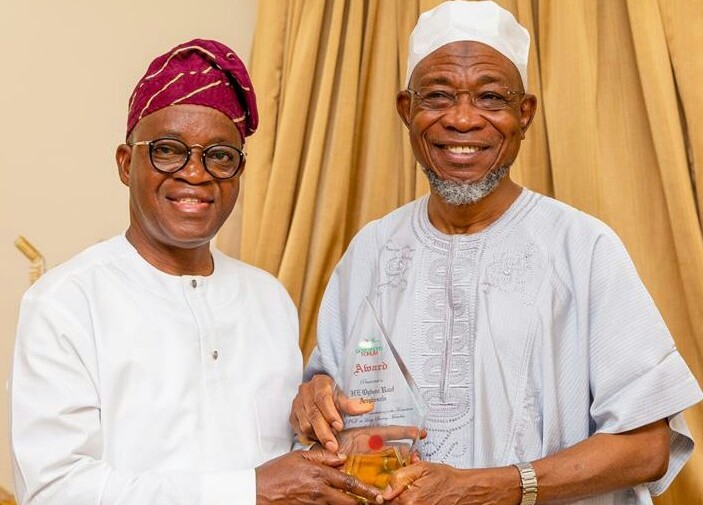 Show of All may not be well between the erstwhile governor of Osun State, Rauf Aregbesola and his predecessor, Gboyega Oyetola, as both are poised to

While Aregbesola who is the Minister of Interior will hold a function to mark 10 years of ‘progressive administration’, Oyetola will on the same day celebrate the second anniversary of his government.

It is unclear which of the party stalwarts first fixed the date. But what is not in doubt is the charged atmosphere.

Followers of the state politics say the development suggests all is not well between them. Likewise, indigenes are worried that the situation may lead to a face-off among their supporters.

Aregbesola, the APC National Leader, Bola Tinubu’s protégé, and a top shot of the latter’s political structure, is currently in Lagos. On Tuesday, he attended the Stakeholders Engagement on Internal Security and Conflict Resolution. He also visited Tinubu alongside Police Affairs Minister, Muhammad Dingyadi, and paramilitary chiefs.

But there was a conflict in May after Aregbesola rejigged the Mandate Group, which is Tinubu’s main support platform. He named Abdullahi Enilolobo as the new Chairman, and James Odunmbaku as the Apex Leader. Tinubu kicked against it, and in June, he ordered the dissolution of all political organizations in Lagos APC.

Tinubu and Aregbesola, who still run his Oranmiyan group, have since ironed out issues, at least to the extent of what is visible to the public.

On the Osun drama, the Peoples Democratic Party (PDP) has warned Aregbesola to stay away from the state. PDP said his staying away would forestall breakdown of law and order, adding that the people suffered “maladministration” when he was in office.

The Deputy National Publicity Secretary, Diran Odeyemi, in a statement, advised security agencies to be on alert over the scheduled events. The spokesman said it is more than mere coincidence that “Aregbesola decided to mark 10 years of his administration on the very day his successor, Oyetola wanted to celebrate the second year of his administration”.

Odeyemi described the two events as a means to “test power and popularity with the use of thugs and hooligans”. The PDP chieftain said the situation has exposed the bad relationship that exists between Aregbesola and Oyetola.

“What is he coming here to celebrate? Where is MKO International Cargo Airport where over N3billion was spent by Aregbesola? What is good in his administration that Aregbesola leftover N200 billion debt according to the National Bureau of Statistics as at November, 2018 when he left government?

“Aregbesola left 36 months unpaid half salaries to Osun workers and pensioners amounting to N30 billion. Where is Igi Iye project of Bola Ilori that swallowed several billions of Naira? Where is Osunwon Omoluabi introduced by Aregbesola government? Where is Osun helicopter? Why did Aregbesola refuse to pay pensioners their gratuities for eight years?”, he quipped.