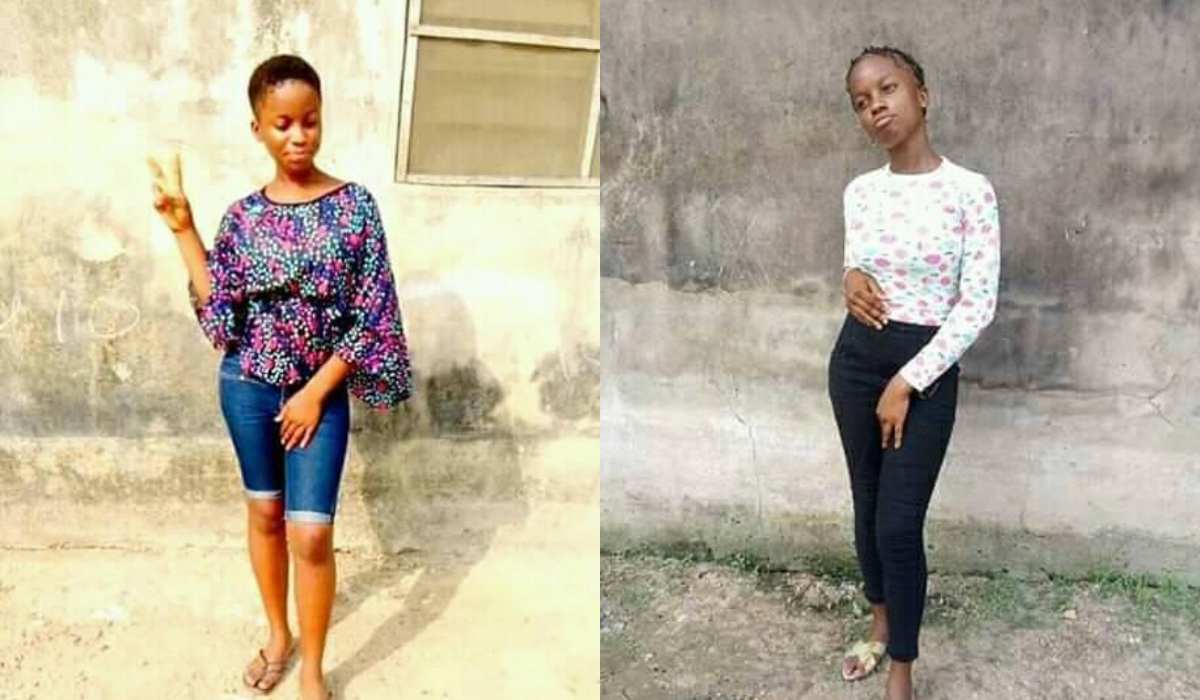 Teenager tortured to death for dating a Yoruba man

An 18 year old, Amaka has been beaten to death by her parents, Mr. and Mrs. Mike Nweke, for not only dating a Yoruba man, but also having a baby for h

An 18 year old, Amaka has been beaten to death by her parents, Mr. and Mrs. Mike Nweke, for not only dating a Yoruba man, but also having a baby for him. According to residents of Mile 12 where Amaka and her parents reside, the parents were not only enraged that Amaka was dating a Yoruba man, but a Muslim too.  The parents were alleged to have repeatedly subjected Amaka to torture, including starving her during pregnancy.

Her father, however, has stoically denied touching Amaka, let alone pummelling her to death.
“Is it possible for a parent to kill his own child?” he asked.

Amaka and her boyfriend, Ibrahim Lawal, were said to have met when she was in Senior Secondary School (SSS). The relationship later resulted into pregnancy, which her parents fumed and kicked against. She was later delivered of a baby boy, christened Zaeed. Friends said that Amaka went through hell while pregnant for defying her parents.

One of the Nwekes’ neighbours, who gave her name as Adebola, said it was unfortunate that Amaka died in such circumstances. She said; “Amaka went through a lot. She really suffered.

“When Amaka and Ibrahim were dating, her parents were always threatening her. They told her that they didn’t want her to continue associating with the boy. What broke the camel’s back was Amaka becoming pregnant for Ibrahim. Her parents were livid and starved her of food. Whenever her parents were beating her, some of us would approach and beg them to stop. They used to beat her with different objects even while she was pregnant. Whenever her boyfriend brought food to her, they would not allow her to have access to it.”

“Adebola explained that when Amaka was delivered of her baby, her parents couldn’t afford the medical bill. They had to call on Ibrahim’s family. His family gladly paid up before the new mother was discharged from the hospital. People thought that the move would diffuse the tension between the two families, but the Nwekes allegedly returned to status quo.

Adebola added: “After she was released from the hospital, her parents tried to prevent the husband’s family from naming their grandchild. But it took the intervention of the Chairman of the Community Development Association (CDA) and some elders in the area before the Nwekes released the baby to them.”

Ibrahim’s mother, Mrs. Ebunola Lawal, said that she reported the repeated beatings of Amaka by her parents to the police. She said: “When my son impregnated Amaka, I didn’t reject the pregnancy. I was already used to seeing them together. When it was clear to me that Ibrahim was the owner of the pregnancy, I started taking care of the girl as my daughter-in-law. I, however, noticed that whenever I go to give her foodstuff, her mother wouldn’t want her to collect it from me. I used to force her before she would collect it.

“When Amaka was in labour, her parents didn’t inform us. It was Ibrahim who saw her mother take her to hospital and alerted us. I couldn’t go to the hospital that fateful day, but the following day, Ibrahim went to the hospital to check on her and found she was delivered successfully. When it was time for mother and child to be discharged from the hospital, Amaka’s parents couldn’t afford the medical bill. They sent for us and we later paid the money. The parents took Amaka and the baby to their house, instead of the father’s house.”

Ebunola recalled that on the eight day of the birth of the child, they went to the Nwekes to name the baby, but were rebuffed. She said: “We went to Amaka’s house as early as 6a.m. We begged them till noon before they finally released the baby to us with the assistance of some elders in the community. The parents also gave us two hours to return the baby. Two weeks after the naming ceremony, my husband and I went back to Amaka’s parents’ house to check on our grandchild, but Mrs. Nweke prevented us from seeing the baby and Amaka.

“When the pressure from her parents to stop seeing Ibrahim was becoming too much, Amaka told Ibrahim to stop coming. She said that they would be discussing on the phone. She told him that whenever he comes to visit her, her parents would pounce on her and beat her mercilessly. Mrs. Nweke didn’t like Amaka’s union with my son.

“The major issue that led to Amaka’ death started on January 1, 2020.  This was after she came to our house to collect clothes for herself and the baby, to celebrate the Yuletide. A few minutes after she left our house, she called Ibrahim on the phone that her mother had started beating her for collecting the clothes and money from us. I was informed that her parents collected the baby from her and locked her in their apartment and beat her for two days.

“It was in the process of beating her that she became unconscious. The parents rushed her to a hospital in the neighbourhood and they were referred to Gbagada General Hospital, where she was confirmed dead on Sunday. When Ibrahim went to check her at the hospital, she couldn’t stand up or sit. She just laid on the bed. The most annoying aspect of it was that when they were rushing Amaka to hospital, they gave our four-months-old grandson to a neighbour, instead of bringing him to us to mind.”

Ebunola said when she heard that Amaka’s parents had beaten her again she went to the police station at Mile 12 under bridge to lodge a complaint. She said: “When we went to collect the baby from the woman they gave him to, she refused to release him to us. But out of pressure, she eventually released him. I’ll miss Amaka; she was an easy-going girl. I accepted her as my son’s wife because of her attitude. It was her parents that killed her.”

Ibrahim’s brother, identified simply as Alfa, said it was unfortunate that Amaka died in such manner because her parents didn’t want her to marry a Yoruba man. He said: “There was a day Amaka came to visit Ibrahim, and both of them later came to my house; as I was seeing them off, we saw Amaka’s mother. She was coming to look for her in Ibrahim’s house. Right there in my presence, the woman started hitting the girl and raining curses on her. She warned Ibrahim to leave her daughter alone. Amaka suffered a lot in the hands of her parents because of Ibrahim.”

However, Amaka’s father, Mike, maintained his innocence and that of his wife. He said: “Is it possible for a father to kill his only daughter, I don’t beat my children. My wife is a woman of virtue; she doesn’t beat our children, she is not a wicked woman. We didn’t beat her because we saw her going to Ibrahim’s house. Everything Ibrahim’s family said was false because now I’m in mourning.  I came from a Christian family. I warned my wife to stop disturbing Amaka and Ibrahim. I told my wife that if God said the union was ordained from Him, they would live together as a husband and wife. I have never disturbed them. When Amaka took ill, we rushed her to two private hospitals before we were referred to Gbagada General Hospital where she died.”

When asked about Amaka’s baby, Mike said they left the baby with a neighbour in Lagos to take care of him, because he couldn’t take him to Ebonyi State.
“I’m only going to Ebonyi State with Amaka’s mother and siblings.”

The Lagos State Police Public Relations Officer (PPRO), DSP Bala Elkana, said the command was aware of the issue.
“We are waiting for medical report to ascertain the cause of death. Investigation is still ongoing.”