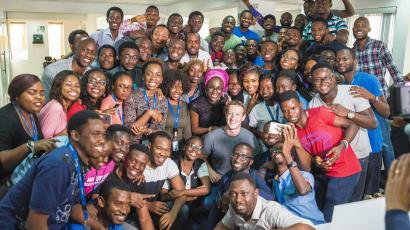 When Andela, the software developer training and outsourcing company, first launched in Lagos five years ago, its business model was simple: train loc

When Andela, the software developer training and outsourcing company, first launched in Lagos five years ago, its business model was simple: train local entry-level developers to be globally competitive, place them on four-year contracts and earn revenue by outsourcing their skills to clients, mainly in the US, in that time frame. But the company is now is making a major tweak to its business model and will end its developer training programs in Nigeria, Kenya and Uganda—three of its four African campuses.

By extension, Andela is also letting go of over 250 of its contracted junior developers in Lagos and Uganda while up to 170 trainees in Kenya could also be potentially impacted, the company says. The junior developer training program will continue in Rwanda where the cost has essentially been subsidized by the government. It will also remain open to applicants outside Rwanda.

The overall change of tack is down to the saturated market for skilled junior developers in the US, Andela’s most important market, says Seni Sulyman, Andela’s vice president for global operations.
“Over the past five years, there has been a massive wave of boot camps and programming classes of different kinds like Lambda and Flatiron schools. Computer science schools in universities have also ramped up their programs. What that has done is create a massive flux of junior engineers in the US…which is our primary market,” he says.

With more junior developers now more widely available in the US unlike when it launched, Andela’s value proposition of supplying talent is directly impacted and means the company can no longer place as many junior engineers as required, Sulyman acknowledges. But the increased supply of junior developers also means demand is heavily skewed towards more senior talent, Sulyman says. As such, part of Andela’s shift in strategy will now see it focus more on hiring and then outsourcing senior engineers from its African markets. The company will hire an additional 700 experienced engineers by the end of 2020.

Ending the developer training programs represents a big shift from Andela’s founding premise of training and connecting budding developers to global opportunities that could have otherwise been out of reach. It’s also a clear departure from the company’s consistent rhetoric of pursuing expansion across the continent: as of January, Andela claimed it would double the size of its engineering talent pool this year.

But there’s some immediate upside for local companies as skilled engineering talent previously contracted by Andela, and thus out of reach, will now become available for hire. Having more developers on the market will also partly address the effects of the growing exodus of software developers, particularly from Nigeria. For its part, Andela says it’s working with local tech hubs like Co-Creation Hub to connect its outgoing junior developers with opportunities and has hired a consulting firm to provide resume review and interview prep services to them.