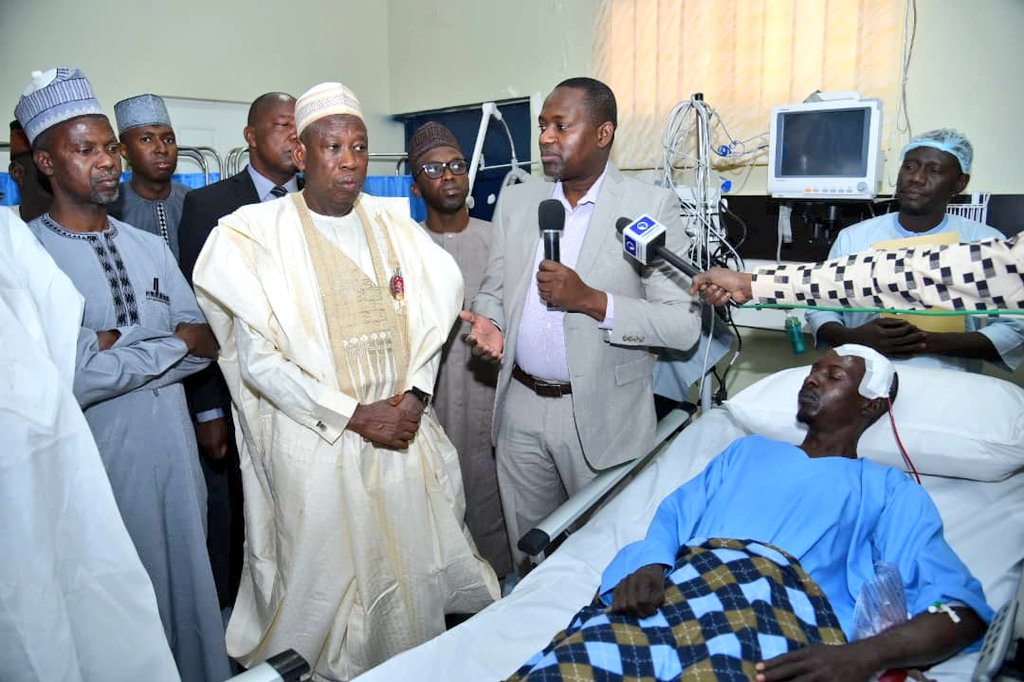 Kano State witnessed an epoch-making history and a medical breakthrough, when five neurosurgeons within 48 hours performed the first brain surgery in

Kano State witnessed an epoch-making history and a medical breakthrough, when five neurosurgeons within 48 hours performed the first brain surgery in the state. The feat was carried out at Muhammadu Buhari Specialist Hospital, Giginyu, Kano, on patient Ali Iliyasu, who had been suffering from a brain ailment in the last 26 years, after an accident. The leader of the surgeons who conducted the surgery, Shu’aibu Dambatta, a consultant, revealed that the patient had an 11 months appointment with another different facility before went to the hospital which accepted to conduct the open brain surgery on him.

“The team of surgeons included Dr Atiku, Dr Musa, Dr Hassan and Dr Musbahu, who are all from Kano State This is the first brain surgery done in Kano, in the history of the medical profession in the state. We were contacted within the shortest period of time and we accepted to conduct the surgery. As you can see, the patient is talking to you now, in less than 24 hours after the surgery, you know it is a successful exercise. He goes to rest room on his feet, just within 24 hours after the surgery,” Dambatta said.

According to Dambatta, the patient is from Dala local government, in Kano State adding that the surgery was conducted free of charge.
“His family are only left with the purchase of the prescribed drugs. So we are all happy that we conducted the first open brain surgery in Kano. And it was very successful. We all thank Allah for this all-important breakthrough in this specialist hospital , Alhamdulillah,” he declared.

While thanking Governor Abdullahi Umar Ganduje, Dambatta said, “This development became possible through the good process followed by the state government in making the management of the hospital to be under Public Private Partnership (PPP), which helps in no small measure to have the state-of-the-art medical equipments that made the dream a reality.”

Ganduje who expressed joy at outcome of the surgery, said, “We are delighted and very much impressed with this development. This proves clearly that when government is serious about anything, that thing can be achieved successfully. We are ever thankful to Almighty Allah for making our dream come true. When President Muhammadu Buhari was launching this giant Specialist Hospital, we revealed to the hearing of all that it would not be run solely by government. We wanted to make it under Public Private Partnership (PPP) arrangement where there will be no strike from the staff and the management would tally with the global best practice. This is the result of our people-centred thinking.”