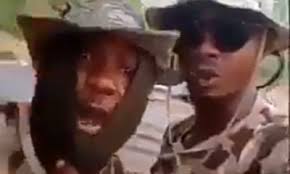 Two Nigerian soldiers have threatened to rape the females in Warri; mothers, wives and sisters of the youths in Warri, Delta state and infect them wit

Two Nigerian soldiers have threatened to rape the females in Warri; mothers, wives and sisters of the youths in Warri, Delta state and infect them with HIV over attack on their colleagues yesterday April 2.

Recall that during the enforcement of the lockdown exercise in the state on Thursday April 2 which is to last for 14 days, youths in Ugbuwangue community in Warri, Delta state had a clash with some soldiers after a youth leader identified as Jospeh Pessu, a father of two was shot dead by a soldier for disobeying the lockdown order at Ada Val Arenyenka street, along the Ugbuwangue axis of the NPA Expressway, Warri, Delta state. The incident happened at about 9:40am on Thursday, April 2, while the victim was riding his power bike.

Only people on essential duties are exempted from the directive, as stated by Governor Ifeanyi Okowa, who warned that security operatives will be deployed across the state to enforce the directive.

Pessu’s death angered youths in the area who took to the streets to protest his death in spite of the 14-days stay-at-home order. The chairman of Warri South council area, Dr. Michael Tidi, alongside a political leader in the locality, Chief Vincent Okudolor, intervened during their visit to the area and revealed that the officer responsible for shooting the father has been arrested. They called for calm in the area. 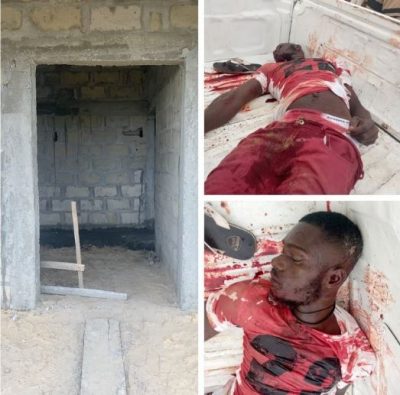 But the youths were not appeased and some of them attacked two soldiers, Unconfirmed reports claim that one of the soldiers died during the faceoff.

Now, two aggrieved members of the Army have made a video, threatening to sexually abuse the mothers, wives and daughters of the youths that allegedly killed their colleague. They threatened to infect them with HIV.