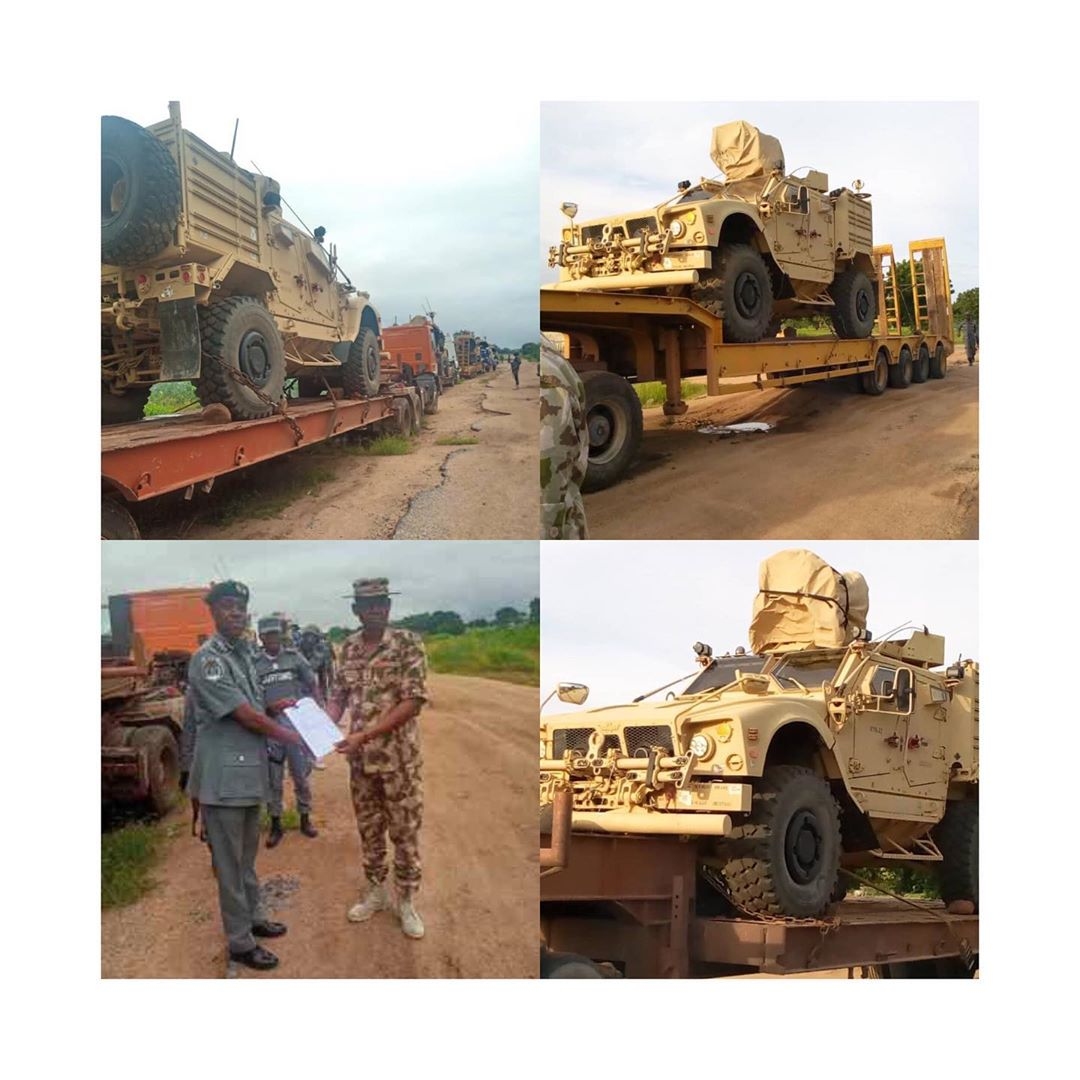 Nigerian soldiers manning a checkpoint in Adamawa State have intercepted strange military equipment made up of six mine resistance vehicles that seemed to have been transported into Nigeria without due process. The military personnel, attached to the Nigerian Army 23 Armoured Brigade in Yola, seized the military equipment in Fufore Local Government Area this week. The Nigerian Army could not immediately verify the ownership of the equipment, where they were being shipped from and their destination.

Although the Nigerian Army headquarters has directed an urgent investigation into the discovery, the commander of 23 Armoured Brigade, S.G. Mohammed, handed over the vehicles to the comptroller of Customs in charge of Adamawa and Taraba, Olumoh Kamaldeen, at a ceremony in Konkol, Fufore LGA in the interim.

It is not immediately clear whether suspects have been arrested. It is illegal to import such equipment without an end-user certificates from the Office of the National Security Adviser (ONSA), which is the only federal agency with powers to issue such document. The development could further upset security agencies, who have continued to grapple with acute insecurity and violence across the country.

Security analysts regularly question how terrorists and other criminals acquire weapons they have used to keep the country under siege for many years, urging security and intelligence agencies to devote more time to understanding the complex web of illicit arms movement.