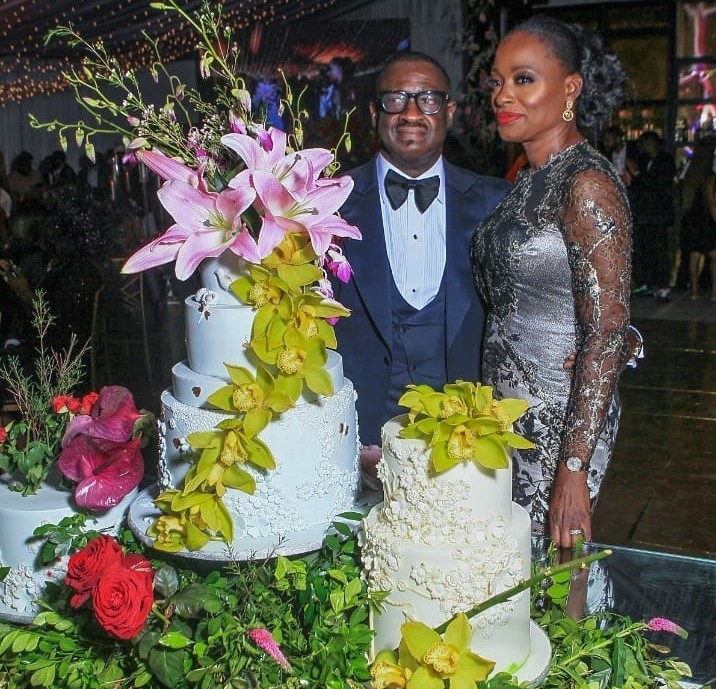 It is not everyday that one turns 50 years and decides to throw a party to celebrate the milestone. It is also not everyday that one opens the vault to celebrate the life of his better half, especially if the better half has been quite a blessing to his/her significant other. This thought must have crossed the mind of Tayo Ayeni, Chairman and Chief Executive of Skymit Motors, and so he resolved to celebrate his better half, Adetutu, who recently turned 50. And why not? If Tayo were to launch a book on his success story, one name that will be a recurring decimal will be that of his wife, Adetutu, his soul mate.

Tayo is grateful to his creator, for making him cross paths with a “Jewel of Inestimable Value” like Adetutu, a lawyer and Managing Director of Space Property Limited. After meeting her at 17, as an undergraduate student of Law at the Lagos State University, Tayo had vowed to make everything that concerns Adetutu paramount to him. Not known to do things in half measures, Tayo Ayeni made sure the soiree he threw his wife would resonate long after it ends just as his did in 2013, when he hit the golden age of 50. His birthday party was indeed a talk of the town.

First was a lively thanksgiving service at the Church of Nativity, Parkview, Ikoyi and later, a superlative reception held at the Harbor Point, Victoria Island, Lagos which was attended by the cream of Nigerian Society. At the lavish party, guests were hosted to a sumptuous reception where food and drinks were aplenty and high quality entertainment was provided by Shuga Band and King Sunny Ade. 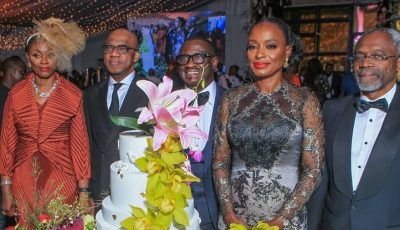 Loading...
Newer Post
Don Jazzy unveils Mavins corporate office, studio as he clocks 37
Older Post
Entertainers who use their crafts to encourage crime should be dealt with – Ali Baba