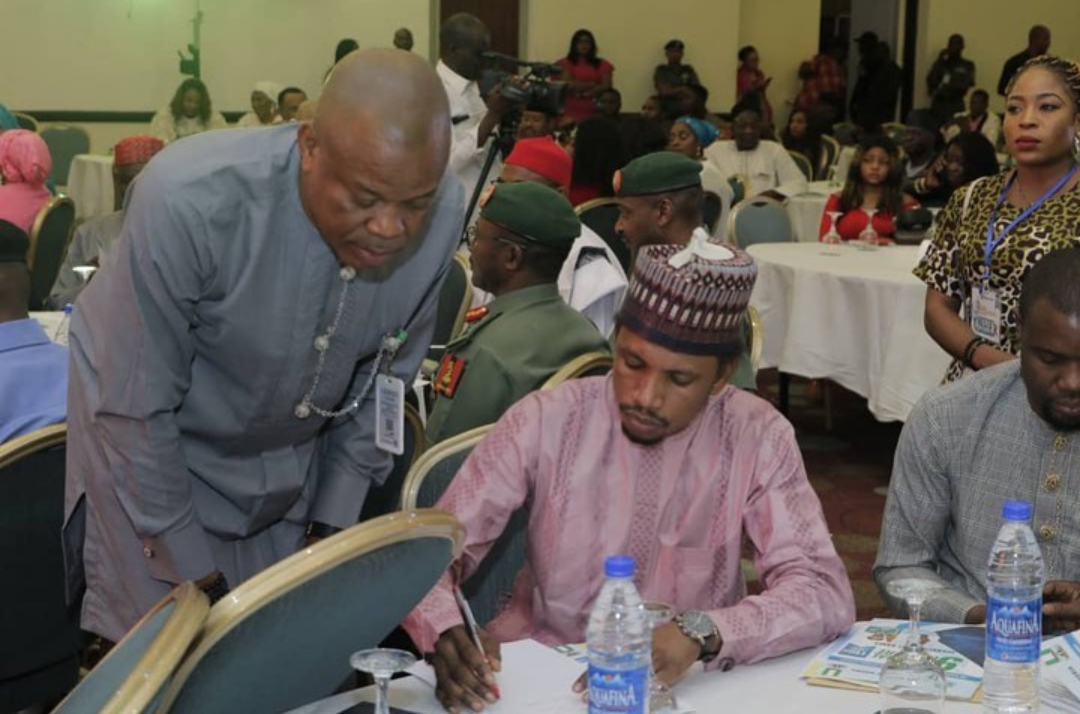 Recently at the 9th Biennial Lecture organized by the Actors Guild of Nigeria, the unveiling of the model for the new AGN national secretariat, as wel

You may wonder why the Adamawa Senator is the person of interest here. Well Abbo who represents Adamawa North Senatorial District at the 9th National Assembly, two months after he became a Senator, was in the eye of the storm when a CCTV video of him assaulting a pregnant woman and another lady in a sex toy shop in Abuja made its way to the public domain.

The incidence which happened just a month before he was sworn in as a Senator led to public outrage by all right-thinking Nigerians with many calling for his immediate prosecution and even removal as Senator. While the police ordered an investigation into the incident, the senate on its part set up an investigative panel. Not only did Abbo get into a heated altercation with his senior colleague, Senator Remi Tinubu whom he accused of trying to treat him with disrespect during the sitting of the panel, Nigerians are yet to know the findings of the panel till today.

After a lot of grandstanding and attempting to twist the narrative, the youthful Senator eventually issued a public apology asking for forgiveness on seeing that Nigerians were hell bent on making sure he paid for his incorrigible action. This was shortly before his arraignment for assault where he not only pleaded guilty but was released on bail. Nothing has ever been said about his trail since then.

Abbo is not new to controversy. A year before he became a Senator, he not only assaulted a photojournalist, Muyiwa Owolabi, whom he had contracted to cover his political activities at the cost of N2.8m while on his campaign trail. He not only assaulted Owolabi and got him locked up for harassment, Abbo refused to pay him their agreed fee.

With all of this information about the Senator readily available one would wonder why a prestigious body like the Actors Guild of Nigeria would want to be associated with man with such character.