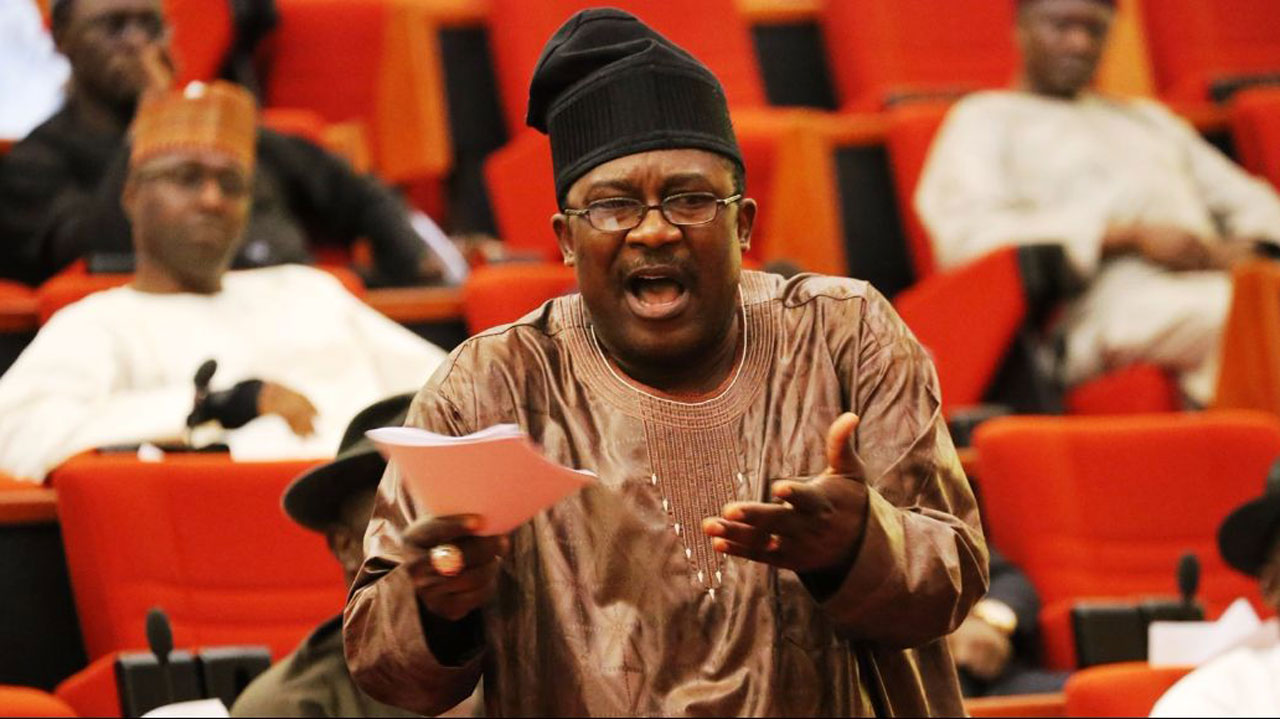 Mob lynch police officer who killed pregnant tailor in Lagos
Lecturer recounts how she was robbed, kidnapped and raped
Women protest rampant killings in Rivers hotels
Senator Smart Adeyemi, the senator representing Kogi west, has described Okezie Ikpeazu, governor of Abia state, as a “champagne drinking man.”
Speaking on the floor of the upper legislative chamber, Adeyemi said although Abia has highly intelligent people, the state is being governed by “drunkards”.

The Kogi senator was contributing to a motion to restore the ‘Safe School Initiative in Nigeria’. The motion was sponsored by Odey Stephen, senator representing Cross River north.

Adeyemi said unlike Abia, Yahaya Bello, Kogi governor, has awarded contracts for the renovation and provision of security for schools.

“Some governors are doing their best, we are lucky to have a governor who has taken the issue of security as a serious priority. We are bordered by nine states, but we had an experience of the unfortunate incidents that are happening in neighboring states,” he said.

“Some governors are committed to the protection of their people, in my state the governor awarded contracts for the renovations of schools and provides security services to them.

“In some states of Nigeria today, where we have highly intelligent people, highly educated people, very enterprising people… like Abia but they are governed by drunkards. The governor of Abia is a champagne drinking man. Abia people are impoverished more than ever before. Abia people are unfortunate,” Adeyemi said.

At this point, Senate President Ahmad Lawan cautioned him against the use of insulting language.

“It shall be out of order to use insultive language,” Lawan said.

When he continued with his remarks, Adeyemi said his comments were in response to a social media post made by Enyinnaya Abaribe, senate minority leader, who allegedly insulted Yahaya Bello.

But Abaribe denied the allegation, saying that anyone could make a post in anybody’s name.

The minority leader asked Senator Adeyemi to apologise but he refused.