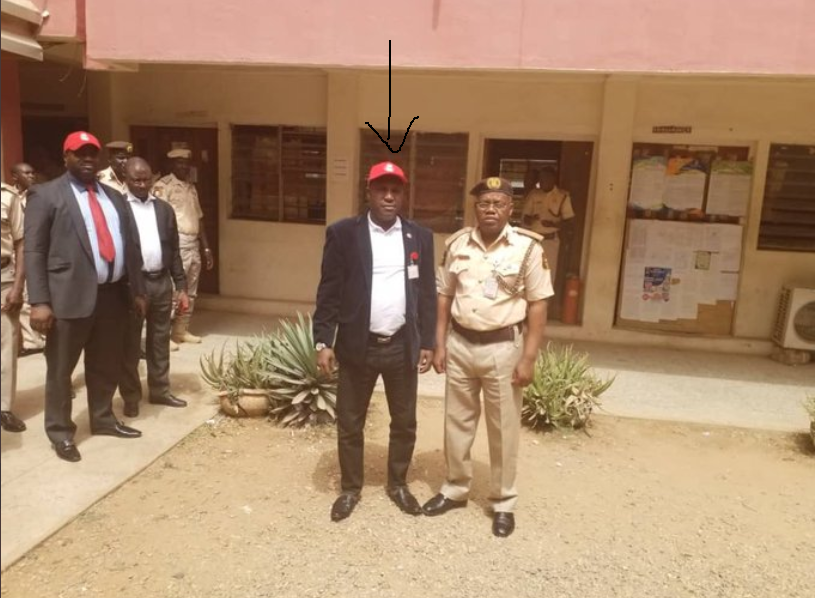 The photograph of the Economic and Financial Crimes Commission, EFCC operative, who rejected a N100m bribe from some Chinese nationals to derail an in

The photograph of the Economic and Financial Crimes Commission, EFCC operative, who rejected a N100m bribe from some Chinese nationals to derail an investigation has gone viral after being shared online. He is Lawal Abdullahi EFCC’s zonal head of operations in Sokoto

Recall that the Economic and Financial Crimes Commission (EFCC) on Tuesday May 12, confirmed the arrest of two Chinese nationals for allegedly attempting to offer N100 million bribe to the commission’s Sokoto zonal head of operations, Lawal Abdullahi and his team.

The commission said the bribe was allegedly offered in a bid to compromise ongoing investigations of a construction company, China Zhonghao Nig. Ltd, handling contracts awarded by the Zamfara State Government between 2012 to 2019.

The agency said its zonal office had since commenced investigation into the construction company in connection with the execution of contracts awarded for the construction of township roads in Gummi, Bukkuyun, Anka and Nassarawa towns of Zamfara State.

The EFCC said the investigation followed intelligence on alleged conspiracy, embezzlement and money laundering against Zamfara State officials wherein the construction company had reportedly received payments of over N41billion “but diverted about N16 billion which the commission has traced to some bureau de change operators”.

“Alarmed by the consistency and professionalism of investigation being conducted, the company reached out to Lawal with an offer of N100 million as bribe to “bury” the matter. In a grand design to trap the corrupt officials, Lawal played along and on Monday, two representatives of the company, Meng Wei Kun and Xu Kuoi, offered him cash totaling N50 million in their office along Airport Road, Sokoto. The cash was offered as a first installment.

“Investigation of the construction company was informed by an intelligence on alleged conspiracy, misappropriation of public funds, embezzlement, official corruption, abuse of office, stealing and money laundering obtained against the Zamfara State government through inflated and uncompleted contracts awarded to the company.

The EFCC said the suspects would soon be charged to court. The arrested suspects identified as Meng Wei Kun and Xu Kuoi are said to be officials of construction company Zhounghao Nigeria Limited. The company is being investigated by the anti-graft agency for alleged conspiracy, abuse of office, misappropriation, diversion of public funds as well as money laundering.

Lawal has received praises online after rejecting the bribe and refusing to compromise the case. 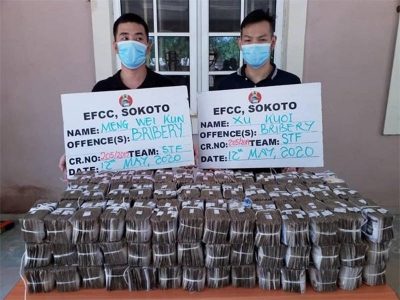