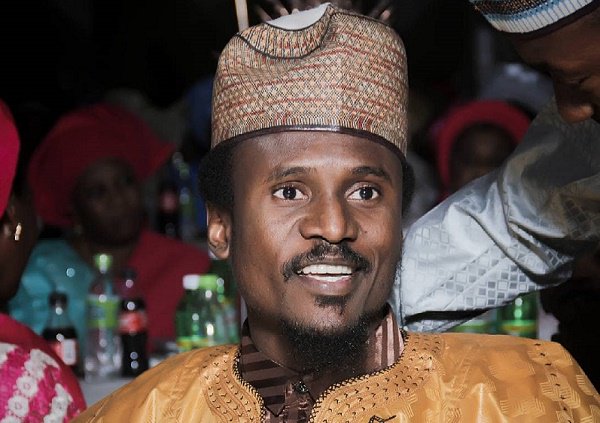 Naziru Ahmad, Nigerian singer and songwriter better known as Sarkin Waka, has been arrested in Kano state. The artiste, who is said to be the chief si

Mr Eazi named Apple Music ‘Up Next’ artiste, performs on the ‘Late Late Show with James Corden’
Judge denies R Kelly’s request to stay out of jail pending his case
Why I married JJC Skillz despite rumours about his babymamas – Funke Akindele-Bello

Naziru Ahmad, Nigerian singer and songwriter better known as Sarkin Waka, has been arrested in Kano state. The artiste, who is said to be the chief singer to Muhammadu Sanusi II, emir of Kano, was apprehended at his Darmanawa residence on Wednesday evening.

Sanusi Bature, the spokesperson to the Peoples Democratic Party (PDP) governorship candidate in Kano state in the 2019 general elections, alleged that Naziru Ahmad was arrested on the directive of Abdullahi Ganduje, the state governor, through the state censorship board.

“Information reaching us has confirmed the unlawful arrest and detention of an ardent supporter of PDP Kwankwasiyya and a popular musician, Nazir M. Ahmad, the Sarkin Wakar Sarkin Kano this evening, at his Darmanawa residence in Kano,” he said.

“Uniformed security personnel believed to be from the Criminal Investigation Department of Kano State Police Command working on the orders of Kano State Governor, Dr. Abdullahi Umar Ganduje, through the state Censorship Board have arrested the popular musician as part of the crackdown operation launched on the members of the opposition party, the PDP.”

On his part, Musbahu Ahmad, his brother, said his arrest might not be unconnected to a music video he produced four years ago.
“He was taken away simply because of his support for the promotion good governance in Kano and Nigeria,” he added.

It is believed that Ahmad is a critic of the current administration. Ganduje and Sanusi were at loggerheads in May. The governor had signed a law that created four additional emirates in the state, leaving Sanusi in control of 10 out of 44 local government areas. Ganduje claimed the move was to reduce the burden of  the Kano emirate under the emir.