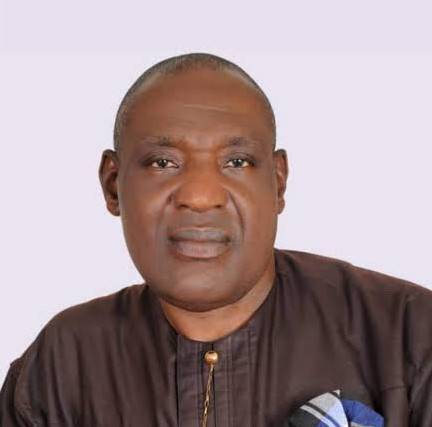 We will act when we get copy of judgment – INEC
Bayelsa: Sacked deputy-gov, Degi on verge of committing suicide –Silva cries out
Bayelsa: Don’t issue Diri certificate of return – APC to INEC

Deputy governor-elect of Bayelsa State, Biobarakuma Degi-Eremienyo, whose certificate forgery robbed the governor-elect of the state, Lyon David of the government house has said he did not forge any of his certificates. He said the justices of the Supreme Court assaulted his reputation with the ruling, Punch reports.

The Supreme Court, last Thursday, sacked David Lyon of the All Progressives Congress (APC) as governor-elect of Bayelsa State, barely 24 hours to his inauguration. Degi-Eremienyo was his running mate.

Lyon’s election was nullified on the grounds that his deputy presented false information to the Independent National Commission, INEC in aid of his qualification for the November 16 governorship election in the state.

The apex court in the judgement delivered by Justice Ejembi Eko consequently ordered INEC to withdraw the certificate of return issued to Messrs Lyon and Degi-Eremienyo. The court also ordered INEC to declare the party with the highest number of lawful votes and geographical spread the winner of the election.

Douye Diri and Lawrence Ewhrujakpor of the Peoples Democratic Party (PDP) have since been declared winners of the election and sworn in as governor and deputy respectively. Prior to their swearing-in, they were senators representing Bayelsa Central and Bayelsa West respectively.

Degi-Eremienyo lamented that the apex court judgement had left him greatly traumatised and in distress. He asked the police to vet his credentials.
“Let me state that some of my primary school teachers are still alive: Chief Eredogiyo Watson, Chief Allen Obebe-Orukari and Susan Otiotio.

Let me also state in clear and graphic terms that I attended two secondary schools. First, Nyemoni Grammar School, Abonnema, Rivers State where some of my classmates were Harrison Braide, Tombo Douglas, Ferdinand Amabebe, Professor Owunari Georgewill, Justice Biobele Georgewill, Chief David Briggs and Alpheus Otta and some of my teachers were Mr Wamarte and Mrs Humbly, Mr Frank etc. All my academic certificates are in the public domain. Whether they are genuine or forged are verifiable matters,” he explained.

“If the certificates exist and have not been altered in any manner, it would mean they are genuine, he said. The next enquiry would then be if the names appearing thereon belong to me or belong to some other persons. If no other persons can be found who claim the names in the certificates then they are mine. Judges including justices of the Supreme Court are free to request law enforcement agencies to investigate persons who appear before them as to the commission or otherwise of crimes.”

The embattled ex-deputy governor further said all the educational qualifications he presented to the INEC to aid his constitutional qualification were acquired by him personally from institutions Nigeria which are still in existence till date.
“The records are verifiable anytime and any day here in Nigeria,” he added.

The APC on Thursday, filed a suit asking the Supreme Court to review and reverse the judgement.