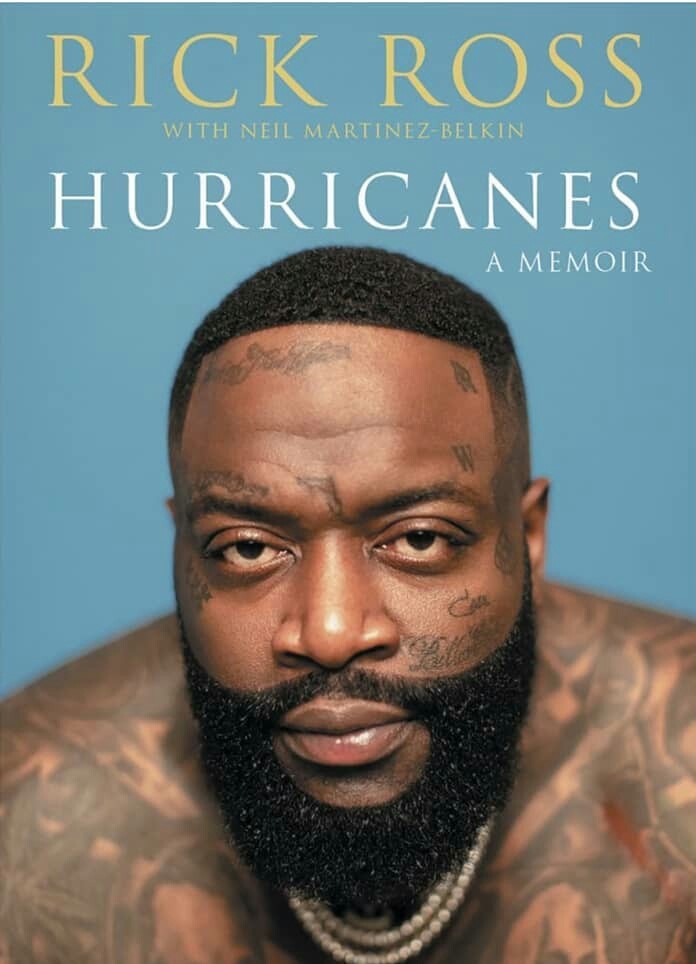 Rick Ross opens up on life as a correctional officer, drug lord in memoir, Hurricanes

American rapper, Rick Ross is opening up about his upbringing in Carol City, his career as a former correctional officer, his rise to hip-hop stardom

Boss up! A guide to conquering and living your best life by Chika Ike
BOOK OF THE WEEK: ‘Facts versus fiction: The true story of the Jonathan years, Chibok, 2015 and the conspiracies’ by Reno Omokri
How blogger, Tosin Ajibade went from being a social media misfit to a social media hero

American rapper, Rick Ross is opening up about his upbringing in Carol City, his career as a former correctional officer, his rise to hip-hop stardom as well as his past as a fore drug dealer in his memoir, Hurricanes. The book also tells the story of his scuffles in the streets and in the industry, the seizures he suffers, the drive-by shootings and his 2015 arrest on kidnapping and assault charges.

It is a remarkable story of not only surviving the storms of life but reaching the highest levels of achievement in spite of them.
“My story has always been deeper than rap…. With this book I wanted to go deeper than I ever have. I wanted to tell people about the life of William Leonard Roberts,” Rick Ross said.

Recalling how he became a correctional officer, he revealed that it was after his best friend, Jabar Delancy, was sentenced to 10 years for cocaine and heroin distribution.
“This was my best friend — who I ate peanut-butter-and-jelly sandwiches with, and pork and beans with, my buddy, my partner, my number-one dude,” Ross explained. “Suddenly I’m talking to him over federal phone calls. Hearing the way it was building, I knew I couldn’t take nothing for granted. Right then I kinda wanted to wash my hands… He was the one who was like, ‘Yo, go get a job somewhere, man. Go be a fireman. Or go be a fucking corrections officer. Just go sit down somewhere.’”