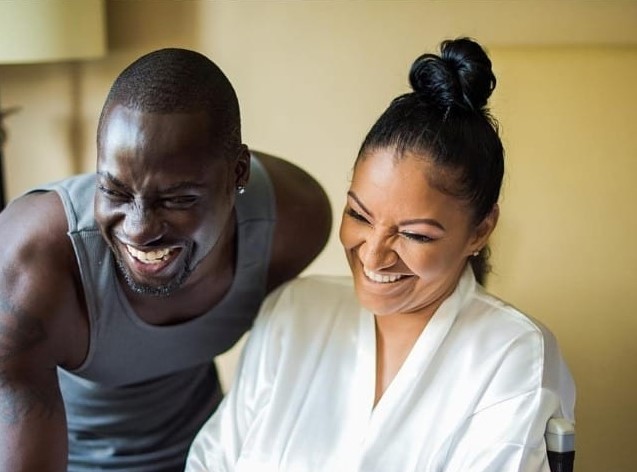 Following the death of Bettie Jennifer, wife of Ghanaian actor Chris Attoh, who was killed on Friday evening after a gunman trailed her to her car and

Following the death of Bettie Jennifer, wife of Ghanaian actor Chris Attoh, who was killed on Friday evening after a gunman trailed her to her car and shot her multiple times, with at least one hitting her, while leaving her office in Maryland, U.S, more details surrounding the family have emerged.

Apparently, Bettie was once married to a certain Kedrick Jenifer, mor popularly known as either “Ricky Jenifer,” “James Howard Collier, Jr.”or “Rick,” a drug kingpin in Maryland who was sentenced to 20 years in prison for running a drug distribution ring.

What this means is that Bettie was still married to Kedrick when she had her traditional wedding with Chris Attoh. According to an inside source, after Chris Attoh and Betty Jenifer got married and threats started pouring in from her ex husband’s cartel members, Bettie Jenifer convinced Chris Attoh to deleted their photos from his Instagram page to send a message to her ex-husband that they have separated.

Chris deleted her photos last week but this didn’t do anything to assuage the drug lord who hired a gunman to have Betty taken out.

Meanwhile, the popular actor, Chris Attoh spoke for the first time yesterday since news of his wife’s death got out. In a brief message shared on his Twitter handle for Ghanaians and his fans in General, Chris Attoh advised them to always look up to the stars with the belief that all things shall work well. He said they should never look down as a sign of defeat because all things work together for good.

Again, he advised them to always work. He added working always and never giving up gives… as to what working hard gives, Chris Attoh did not end the message.
#CHRIS ATTOH One, remember to look up at the stars and not down at your feet. Two, never give up work. Work gives …