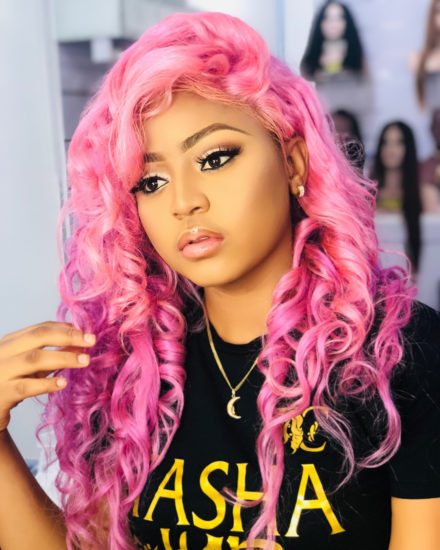 Nigerian Nollywood actress, Regina Daniels has broken her silence since the drama surrounding her relationship and eventually marriage to 59-year-old

Nigerian Nollywood actress, Regina Daniels has broken her silence since the drama surrounding her relationship and eventually marriage to 59-year-old businessman and politician, Ned Nwoko became public knowledge. The actress says her entry into the country’s movie industry as a child star eroded her childhood. Regina Daniels who made this known on her official YouTube channel, said as a child, she spent her time balancing schoolwork with her budding acting career.

Surrounded by adults on most production sets, Daniels said she never had the luxury of creating childhood memories with younger friends.
“I grew up too fast, I didn’t have the opportunity to explore as other kids would. I never had friends, they was no one to mingle with. I would always find myself in the midst of adults trying to read scripts, or if not reading scripts, reading my books to make sure I make both ends meet. I have been an adult since birth,” she said.

To make up for the lost time and experience, Daniels said she’s passionately drawn to kids and derives happiness whenever she’s with them.
“I’m so passionate about children. To be around them is to have that feeling of being a child. The smile I see on their faces makes me happy. You know this feeling of having children around you, it’s something you can’t just explain because kids on their own have this happiness they bring to you,” Daniels said.

Relieving her days as a child star, Daniels said Rita Daniels, her mother, introduced her into the movie industry and has since then maintained a supportive role in her career.
“I started acting at age six through the help of my mother She went out of her way to make sure I was in the limelight. Many producers would always insult me and my mother would take the blame just so she can see me get there,” she said.

Regina Daniels also said that she looks forward to winning the acclaimed Oscars award alongside her role model, Angelina Jolie, an American ace actress.
“I love her so much, her determination, her acting skills, she’s so smart and, above all, she’s sexy,” Daniels said.