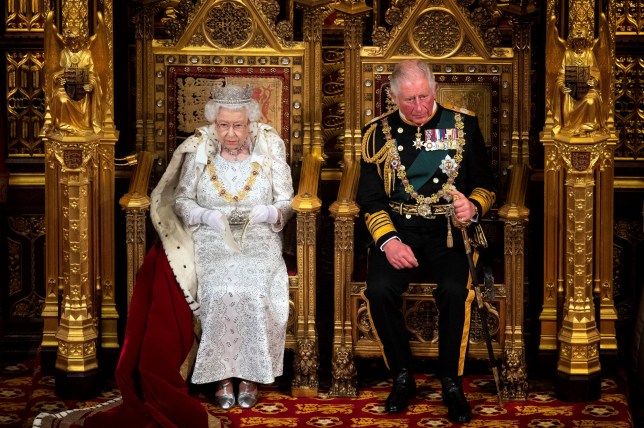 Britain's Queen Elizabeth is reportedly set to hand over her duties to her oldest son Charles, the Prince of Wales, when she turns 95. Prince Charles’

African migrants told to leave Israel or face imprisonment
Cuba welcomes coronavirus-hit cruise ship others rejected
‘Royal’ brand ban: The Queen does not own the word, nothing legally stopping use of it – Prince Harry, Meghan Markle

Britain’s Queen Elizabeth is reportedly set to hand over her duties to her oldest son Charles, the Prince of Wales, when she turns 95. Prince Charles’ key role in ‘retiring’ Prince Andrew from public life has fed speculation he is preparing to become ‘shadow King’, which would see him control day-to-day royal affairs while his mother remains monarch. Her Majesty will turn 95 in 18 months – the same age at which her husband Prince Philip withdrew from his public duties. There is talk among courtiers that she may use the milestone to allow her son to become Prince Regent.

A royal source said, “The scandal surrounding Andrew and Epstein gave Charles an opportunity to step in to show that he can run The Firm. No one is bigger than the institution of the Royal Family. Not even Andrew, the Queen’s favourite son. Charles recognised that and acted decisively — like the king he may well soon be. This was the moment when Charles stepped up as Prince Regent, the Shadow King.”

Queen Elizabeth has been gradually reducing the number of public engagements she attends from 332 in 2016 to a 283 in 2018. The Prince of Wales has been on an official tour of New Zealand but headed straight for the Queen’s Norfolk estate when he landed yesterday. Philip, 98, spends most of his time at Wood Farm, a small residence on the estate.

It is believed that Charles will seek his father’s advise over what the family should do next amid continued scrutiny over Prince Andrew’s links to billionaire pedophile Jeffry Epstein. The Duke of York appeared on Newsnight earlier this month to discuss his controversial friendship, in what was described as a ‘car crash interview’. Since then, he has been asked to take a step back from public duties while many charities he was a patron of have chosen to distance themselves from him.

It is been reported that Charles wants Andrew to ‘permanently retire’ from his royal role. It comes after it emerged that Prince William was reported to be involved in the decision to sack the Duke of York. The second in line to the throne is said to believe that the decision to get Andrew to withdraw from public duties was ‘the right thing to do’.