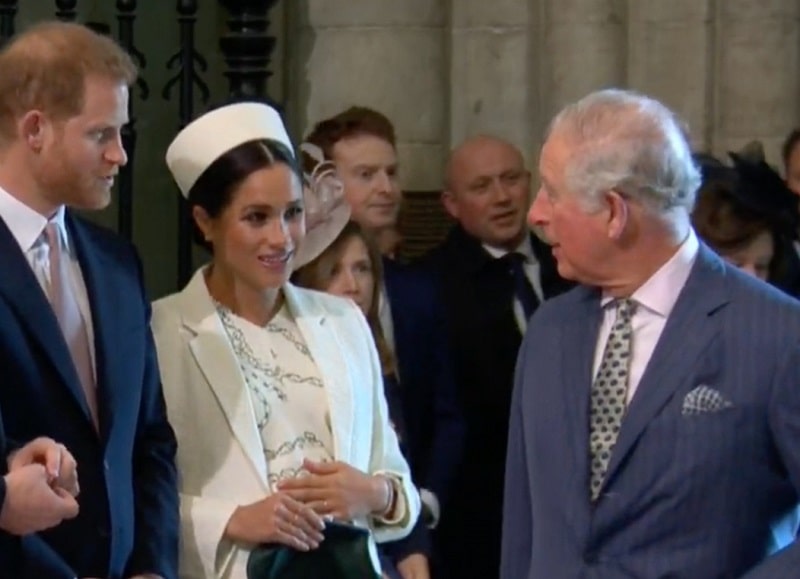 The Prince of Wales, Prince Charles has threatened to pull the £2.3 million hand out from the Duchy of Cornwall Estate funding from his son, Prince Ha

The Prince of Wales, Prince Charles has threatened to pull the £2.3 million hand out from the Duchy of Cornwall Estate funding from his son, Prince Harry and Meghan Markle if they go ahead with their plans to step away from royal duties. The Duke and Duchess of Sussex this week said they wanted to become ‘financially independent’ and claimed they would stop receiving money from the Sovereign Grant, which covers around five per cent of the couple’s costs.

The couple’s plan is said to have left the Queen ‘disappointed’ and the news that Charles is not prepared to continue to bank roll his son comes as a YouGov poll suggested that over two thirds of people believed the couple should no longer receive funding from the Duchy.

A source close to the Prince of Wales said his had made clear that he will not be writing his son a blank cheque. The source also added that when the couple talk about splitting their time between the UK and North America, that they mean Canada, although they hinted that they could also spend time in the US, where Meghan’s mother, Doria Ragland is based.

The warning from Charles comes after the couple went against the advice of their aides and published a statement to their Instagram page on Wednesday evening. It was later followed by a brand new website which detailed how they planned to become financially independent and a breakdown of how they are currently funded.

It is believed that the Queen, Charles and Prince William have since spent time talking on the phone to resolve the crisis. An initial meeting between Harry and the Queen is thought to have been blocked by aides which left Harry upset. After Harry and Meghan released their statement, the Palace said: ‘Discussions with the Duke and Duchess of Sussex are at an early stage. We understand their desire to take a different approach, but these are complicated issues that will take time to work through.’

The couple will however be staying in Frogmore Cottage and have now stated that they will still be entitled to state security while they split their time between the UK and North America.  Their Windsor home was a gift from the Queen and they will be keeping hold of the property so they ‘always have a home in the UK’.

When it comes to their security the Duke and Duchess of Sussex are classified as internationally protected people and will therefore still be protected by the Metropolitan Police. Security arrangements will  likely be discussed with Priti Patel who is ultimately responsible for Royal security.

Loading...
Newer Post
I am being victimized for shutting den of criminals – Runsewe
Older Post
Dayo Adeneye’s wife, Caroline clocks 50, reveals how her late father in-law brought them together