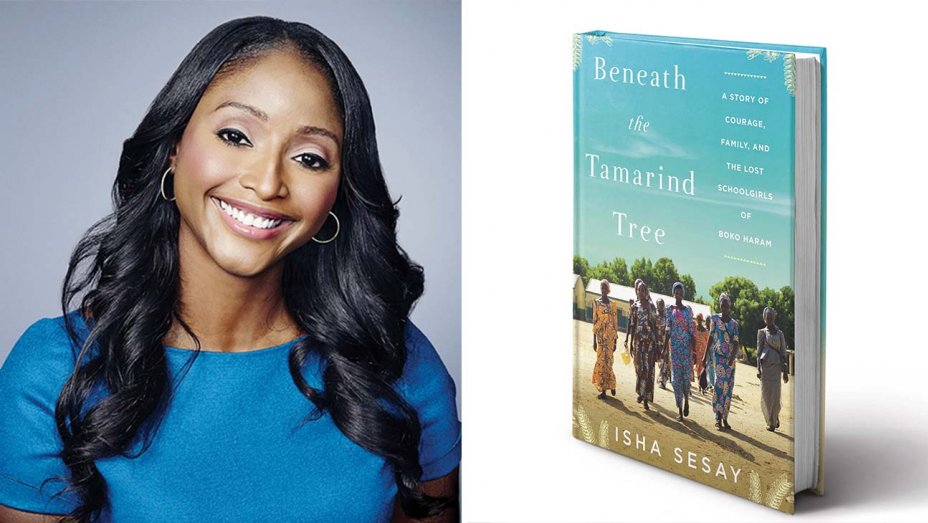 British/Sierra Leonean journalist, Isha Sesay has released her first book titled Beneath the Tamarind Tree, which explores the ISIS-affiliated terrori

British/Sierra Leonean journalist, Isha Sesay has released her first book titled Beneath the Tamarind Tree, which explores the ISIS-affiliated terrorist group Boko Haram’s 2014 kidnapping of 276 schoolgirls from the northern Nigerian town of Chibok. Sesay broke the story and followed it for years. For two years, 219 of the girls remained in captivity while 112 are still imprisoned.

In Beneath the Tamarind Tree, Isha Sesay combines the released Chibok girls’ stories with her own journalistic experiences to powerful effect. In her introduction of the book, Isha claims that she wants to “humanise” the girls, instead of them being seen as “mere headlines.”

However, the Nigerian Presidency has reacted to the book, writing a long rejoinder to counter what the Presidency calls “A good book on Chibok, hampered by misrepresentations.” Senior Special Assistant to the President on Media & Publicity, Garba Shehu, took to his Facebook page on Monday and wrote:

“The Presidency wishes to seize this moment to reiterate the government’s unwavering determination to secure the release, by peace or by force, the remaining 110 Chibok girls, Ms Leah Sharibu and all other citizens held captive by terrorists. It is imperative to do this at this time in view of the doubts that may possibly arise following the release of a new book, Beneath The Tamarind Tree, written about the kidnapping of 270 Chibok school girls, by Isha Sesay, the ex-CNN star and now a Child Rights activist.

This book should serve the useful purpose of spotlighting the crimes against humanity by Boko Haram terrorists, etching it permanently on the public mind. In addition, the book should rightfully stir up interest and rally international support for the young girls on the continent who must stay in school and avoid early pregnancy and marriage, in order to actualise their God-given potential.

It is wrong of the author to say of the Buhari administration that they don’t know who to negotiate with because Boko Haram had split into factions. This is a misrepresentation of the position of the government on split in the leadership of the terrorist group into two contending factions. While it is true that the government has no information on where the captives are held, otherwise it would have seized the location and recovered the girls using all means at its disposal, it is equally incorrect to say government had given up on the Chibok girls when the truth is that there is nothing on the ground to give that impression.

At the Ministry of Women and Social Development, there is a fully staffed government unit dealing with the Chibok abductions and its fallout. This book asserts that the government and people of Nigeria no longer cared about the girls because “they are poor…they don’t have famous names; people just don’t care.” No. Nigerians care, and that is why the Bring Back Our Girls, BBOG movement, was able to generate the groundswell of public opinion as acknowledged by the author.

Yes it is true that the only reason the sitting government at that time “acknowledged fully what had happened” was due to the public outcry, but it is again unfair to lump criticism on the Nigerian Government without differentiating which of the two administrations that served Nigeria from 2014 to date. The Buhari administration came in 2015 with a promise to recover the stolen girls and a milestone has indeed been achieved by bringing back and caring for the more than 50 percent of them, even though the job cannot be said to be complete.

“No one here is giving up and we are happy that the individuals, groups and nations partnering with the administration have continued to show interest in securing the release of our daughters.”