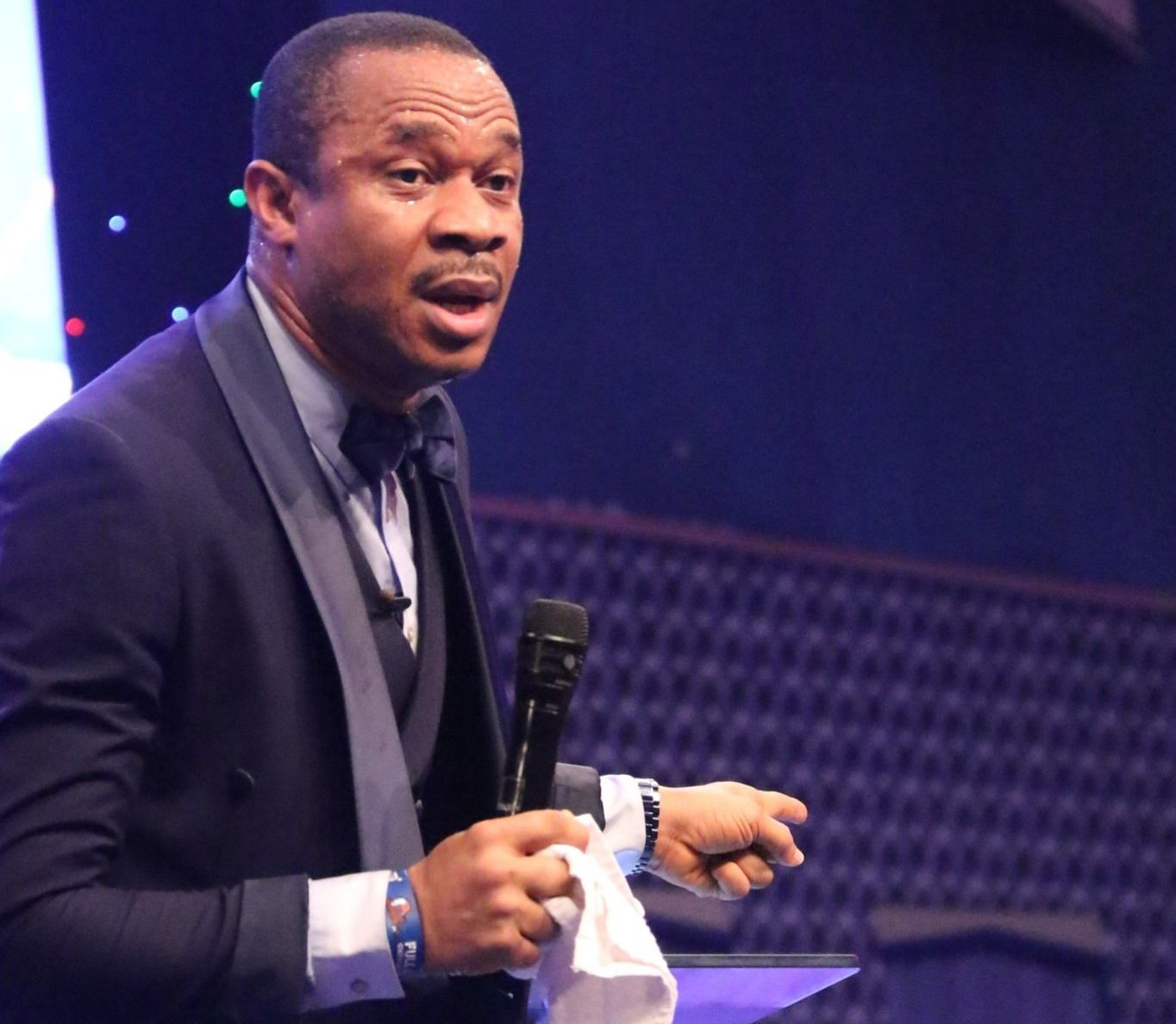 Naira, cow rain as friends, associates, struggle to outdo each other as Obi Cubana buries mum
Oba invasion! Behind the scenes of the burial ceremony of Obinna Iyiegbu’s mum in Anambra
Why I buried my mum in grand style – Obi Cubana

Founder of Full Life Christian Centre, Akwa Ibom State, Pastor Ntia Ntia has publicly apologised to entertainment promoter and entrepreneur, Obinna Iyiegbu, popularly known as Obi Cubana over a controversial comment he made in the aftermath of the lavish and glamorous burial of Obi’s mum, Ezinne Uche Iyiegbu.

Aside from numerous celebrities, socialites, businessmen, politicians who turned up for the burial, amazing gift items, including hundreds of cows, naira notes were donated by friends and associates of Iyiegbu. Also, wads of naira notes were frequently thrown into the air by his friends during the burial.

Clips of the ceremony, posted on the Internet, got Nigerians talking with several people attacking Iyiegbu, questioned his source of money, while others defended him as “a good and generous man”.

“The place where you are standing to spray money, the road is not tarred…. Can’t you see the stupidity of illiteracy,” Ntia, reportedly said of Iyiegbu.

Ntia’s remark attracted outrage from several Nigerians who said Iyiegbu was a better man and “more godly” than many Nigerian pastors.

Ntia retracted his statement and apologised to Iyiegbu, after the backlash.

Ntia said, in a clip that is being circulated on Facebook, that he immediately changed his perception about Iyiegbu after watching a BBC interview where the businessman talked about his humble beginning, his struggles, and how he made his first N1 million.

The pastor said his comments on Iyiegbu were “very harsh and unkind”.

“As a preacher, my assignment is to preach words that heal, not hurt, words that help, not harm. Therefore, in any way those comments might have caused harm or pain, I sincerely apologise.”

He also apologised to Iyiegbu’s friends and others who may have been hurt by his comment. Ntia said Iyiegbu is a great man, with the things he has done. He said he regretted his comment, and that he has “100 per cent” respect for the businessman.

“We need more of such people who have a heart for others and would go to a great extent to invest in others,” he said.

Besides, Ntia said his wife is from Anambra State, and, therefore, Iyiegbu is his in-law.

Meanwhile, Iyiegbu, a graduate of Political Science, University of Nigeria, Nsukka, said, in the BBC interview, that wealth comes through hard work, and not native doctor or miracle.

According to him, he has gone through rough times, including being a food vendor, and sleeping in a one-room apartment with six friends and brothers. He had never been involved in any unlawful business, he said.

“No be everything we you dey see today work-o, some no work. Some we put hand, we lost money,” Iyiegbu said.

He said he and his family were planning a carnival for his mum’s 80th birthday, but that since she did not live to that age, they had to convert the plan and the “energy” into her burial.

His mum was a teacher in a local school, he said.

He said the act of throwing money into the air, which is frowned upon by the Nigerian authorities, was a demonstration of love for him by his friends.