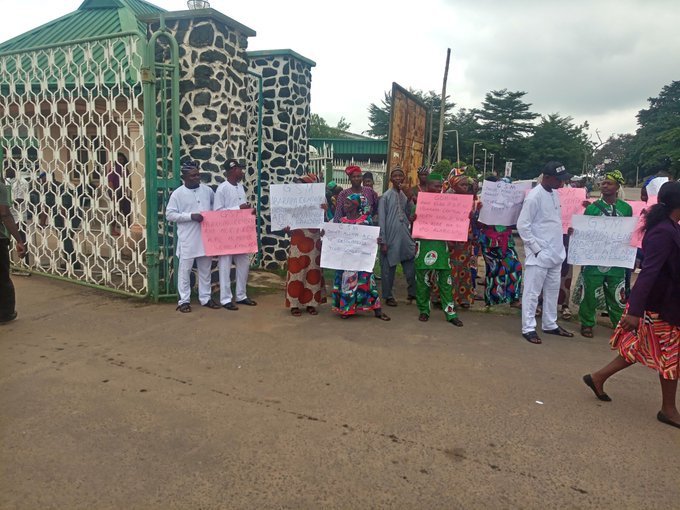 Leaders of the Oyo State chapter of the Peoples Democratic Party earlier today protested the nomination of 27-year-old Seun Fakorede as commissioner at the screening session of the state house of assembly. The ruling party described his nomination as unguarded because Fakorede is allegedly from the opposition All Progressives Congress.

Justifying their calls for the nullification of his nomination, PDP leaders in Ibarapa North Local Government, led by the senatorial chairman of Oyo South, Samuel Olawuwo, said both Fakorede and his father had long left the party and worked against Makinde’s victory in the last election.

Olawuwo said, “When we voted, we thank God that we won at the state level. We won at the senatorial level. By the time we were campaigning about, the governor promised us that anytime he wanted to pick either the commissioner or any other office, he would consult us. But he didn’t do that when he wanted to pick Seun Fakorede. This man, whose son is now picked, is a staunch member of APC. We totally reject his nomination.”

However, the lawmakers confirmed and approved the three nominees sent by the governor, who had also submitted names of Prof. Raphael Afonja and Mrs. Fausat Sani as commissioner-nominees. Infact the Oyo House Speaker, Adebo Ogundoyin announced the approval and praised Governor Makinde for nominating the commissioners-designate.