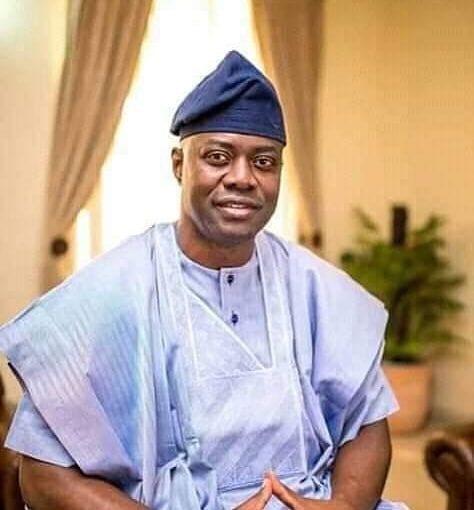 The Oyo State Governor, Seyi Makinde, has ordered a dusk-to-dawn curfew in the state after two new confirmed cases were confirmed and 84 new suspected

Uganda suspends flights from 16 countries because of coronavirus
Coronavirus: Lagosians ignore prohibition on gatherings of over 50 people
Angela Merkel in quarantine after testing positive to coronavirus

The Oyo State Governor, Seyi Makinde, has ordered a dusk-to-dawn curfew in the state after two new confirmed cases were confirmed and 84 new suspected infections discovered, ThePunch is reporting.

This is coming a few hours after the Nigeria Centre for Disease Control announced that Oyo had recorded three cases of COVID-19. The governor also banned all inter-states transportation, shut markets and restricted gatherings to not more than 10 persons.

He tweeted, “The COVID-19 confirmation test for two suspected cases has come back positive. The isolation process has been initiated. 84 Persons of Interest have been identified, and contact tracing and collection of samples have commenced. The state’s diagnostic centre set up in collaboration with the University College Hospital is now ready. The @NCDCgov certification is still pending but the Director-General of NCDC has made a pre-statement about the molecular laboratory in Oyo State.

“The index case remains stable and is still under observation in the isolation unit at Agbami Chest Centre, Jericho. The number of confirmed cases in Oyo State is now three. As a result of this, I have directed that the following additional measures be put in place: a dusk-to-dawn curfew (7pm to 6am); no gatherings of more than 10 people should be held anywhere in Oyo State.

“From Sunday night, March 29, 2020, all markets will be closed except those selling perishable food items. Also, inter-state transportation into and out of the state will be suspended except vehicles carrying food items, medical, pharmaceutical and petroleum products. This takes effect from Sunday night, March 29, 2020. All measures will be reviewed on a weekly basis.”