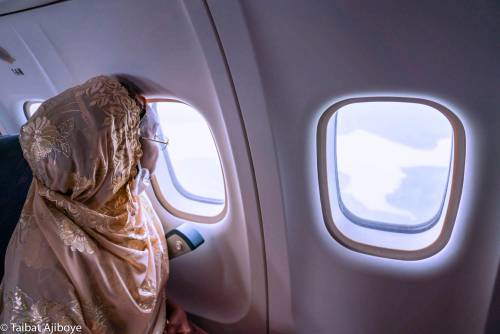 Nigerians are expressing anger over what they have described as wasteful spending of public funds after Minister of Humanitarian Affairs, Disaster Man

Nigerians are expressing anger over what they have described as wasteful spending of public funds after Minister of Humanitarian Affairs, Disaster Management and Social Development, Sadiya Umar Farouq, used a jet to conduct flood assessment of the Kanji Dam in Niger State.

Farouq, who is controversial for delayed payment to N-Power beneficiaries, irregularities in COVID-19 palliatives distribution and claiming that the Nigerian Government fed school children with millions of naira during the lockdown put in place to stop the spread of Coronavirus, said she was conducting an aerial view of the impact of the flooded Kainji banks.

Her ministry, @FMHDSD tweeted with pictures on Thursday, “Yesterday, HM @Sadiya_farouq flew over Kainji Dam for an aerial view and assessment of the impact of the flooded banks.”

On Wednesday 16th Sept, HM @Sadiya_farouq embarked on an official visit to Kebbi State on a Nigeria Airforce surveillance aircraft. The aircraft made a detour and flew low over the banks of river Niger from Kainji in Niger State up to Yauri in Kebbi State for the HM to pic.twitter.com/MM4qTnwGjI

Nigerians on Twitter, however, said the trip was wasteful and could have been achieved using drones instead of spending money for jet fuel and all flight associated costs.

Nasiru Idris @Nasiruidrisu said, “What about drone? Drone tech and satellite imagery will do the needful and give you a comprehensive overview of the before and after information on the inundated areas. Flying passenger aircraft at higher altitude will never give u results. Assessment – evaluation – measurements.”

Ngozi Chukwuka @ViengeOffical tweeted, “Using a jet to view the overflow of Kanji Dam? No one ever told you that there is easier tools called UAVs or “drones etc used for aerial photos or videos? Hopefully, one day we will have you @Sadiya_farouq account for all the reckless mismanagement of funds in your care.”

Demola of Lagos @OmoGbajaBiamila’s tweeted, “Just one drone. One drone would have saved us from wasting the pilot’s time, the aviation fuel, and of course, the headache of seeing this unfortunate photo op because I’m not sure there’s anything she can see from such altitude.”

Modibo @Tahirsdq said, “She must have superpowers to be able to assess the damage from that altitude ‘hawk eyes’.”

He said, “First of all, you saying she can see from the jet? What an eagle eye she must get to zoom through. 2nd of all, you all need to stop taking us for granted.”

Lexy’s Cafe @CafeLexy said, “Madam please stop wasting taxpayers money, this your portfolio is highly undefined, deploy your time to more useful things and get an assessment team to do this with drone satellite! This your ministry seems busy being unproductive.”