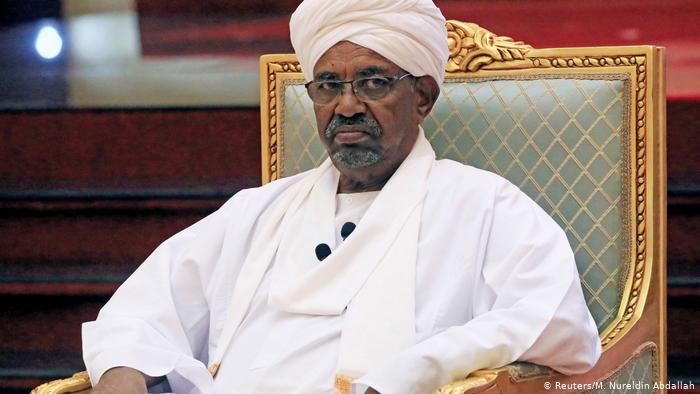 Following the dramatic end to Bashir’s rule of three decades last week, Sudan’s military rulers have transferred ousted president Omar al-Bashir to prison and detained two of his five brothers; Abdallah Hassan al-Bashir and Al-Abbas Hassan al-Bashir. The 75-year-old’s whereabouts have been unknown since a military takeover when the country’s new rulers said he was being held “in a secure place”.

A family source without revealing his name for security reasons said he was moved to Kober prison in the capital. Witnesses near the prison in north Khartoum said there was a heavy deployment of soldiers and members of a paramilitary group outside.

Amnesty International called for Omar al-Bashir to be “immediately handed over to the International Criminal Court” in The Hague where he faces charges of genocide, war crimes and crimes against humanity relating to the conflict in Darfur. He denies the charges.

However, Bashir’s detention has failed to pacify protesters. Scores of doctors in white robes marched from Khartoum’s main hospital towards the sit-in, carrying banners and chanting: “freedom, peace, justice.” Khalid Mohamed, a medic, said: “We got Bashir out, but we still have to get rid of the regime”.

Journalists held a separate rally, along with university students and scores of women from a Facebook group who call themselves “the Information Network of the Revolution”. Sudan’s military rulers have made some concessions, including the sacking Tuesday of prosecutor general Omer Ahmed Mohamed, but demonstrators fear their uprising could be hijacked.