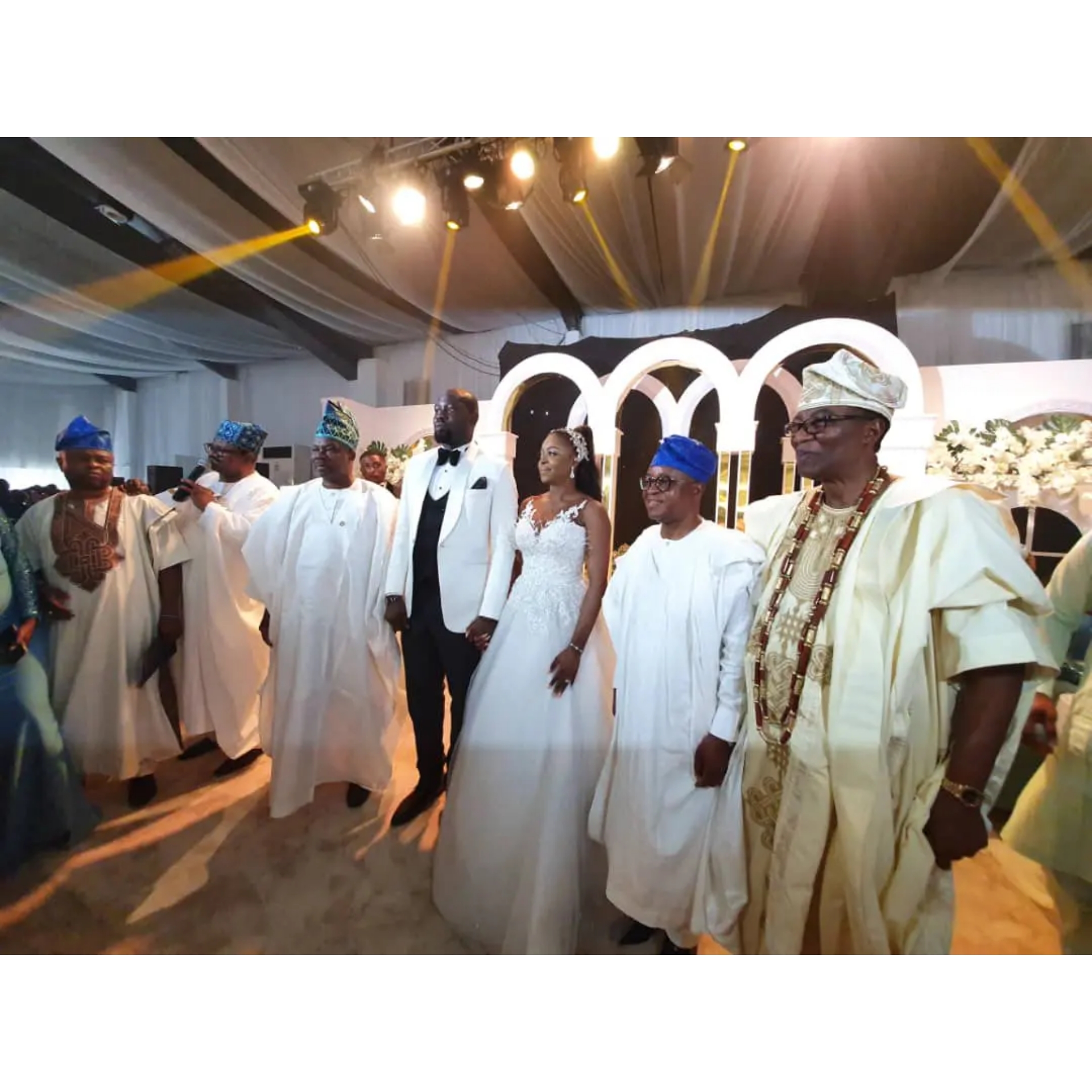 Yesterday, the second son of former Ogun State governor, Otunba Gbenga Daniel got married in a lavish white wedding to his heartthrob. The couple put

Yesterday, the second son of former Ogun State governor, Otunba Gbenga Daniel got married in a lavish white wedding to his heartthrob. The couple put religion aside and made room for love to reign. While the groom, Olurotimi is a Christian, the bride, Nefisat is a Muslim and so the ceremony was conducted in both ways to accommodate the two religious beliefs of the families joining together as one.

The previous day, a wedding Nikkah was conducted while the traditional/engagement ceremony took place on Thursday March 5th in Lekki, Lagos.

One of the highlights of the event was the meeting of two former feuding governors of Ogun state, the father of the groom and the immediate past governor, Senator Ibikunle Amosun. Also, the sitting governor, Dapo Abiodun was very much present. This occasion will be the first time the three are meeting in public after the election that brought Dapo Abiodun to power.

The event also had in attendance, the Minister of Information, Lai Mohammed; the Senator representing Lagos West, Solomon Adeola, Paramount rulers from Ogun, board room guru, Otunba Subomi Balogun among other dignitaries. Music was supplied by the legendary king of juju music, King Sunny Ade, who had all in attendance on their feet as he hit the bandstand. 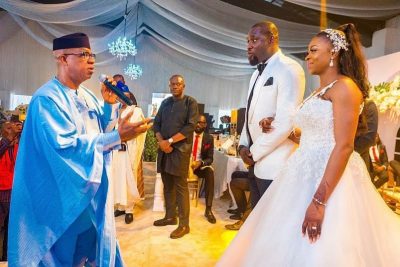 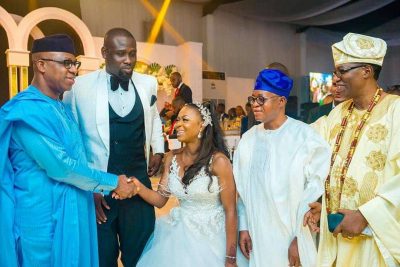 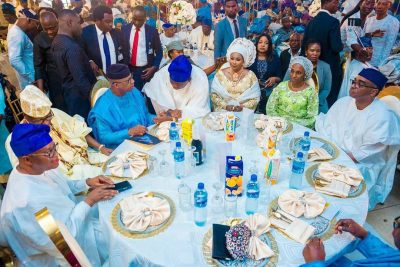 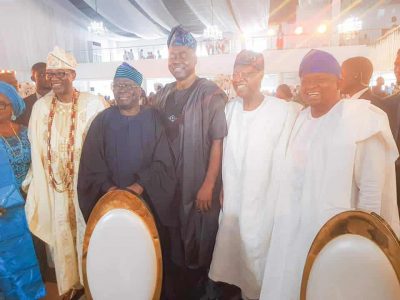 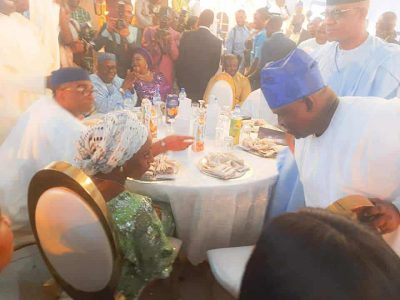 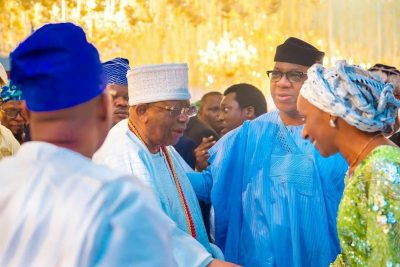