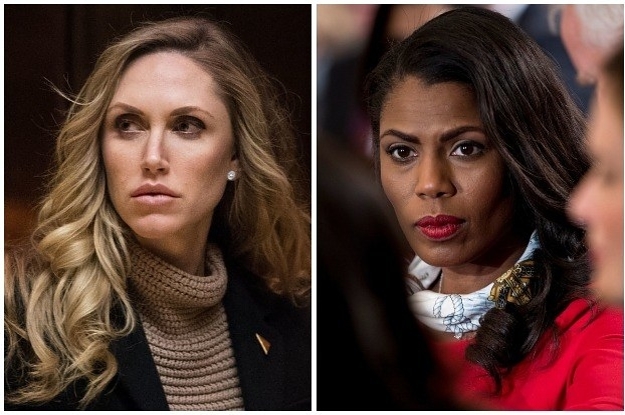 “It sounds a little like, obviously, that there are some things you’ve got in the back pocket to pull out. Clearly, if you come on board the campaign, like we can’t have it, we got to… everything, everybody positive, right?” Lara Trump is heard saying, as she details how the post would be paid for by the Trump campaign’s “small dollar donors.”

In a statement, Lara Trump did not deny the accusations, but said she felt betrayed by a former colleague whom she considered a sister.
“Woman to woman, I shared a connection with Omarosa as a friend and a campaign sister, and I am absolutely shocked and saddened by her betrayal and violation on a deeply personal level,” she said in a statement. I hope it’s all worth it for you, Omarosa, because some things you just can’t put a price on.”