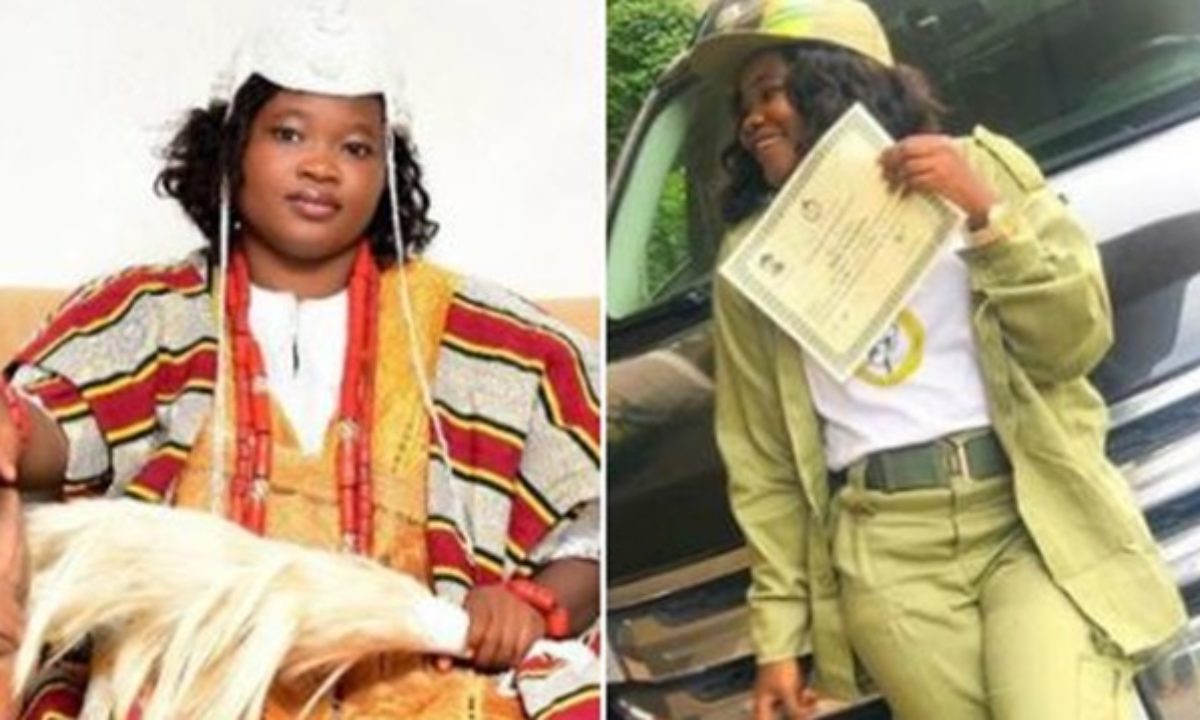 A Nigerian female monarch, Tinuade Babalola Adejuyigbe, the Oluboropa of Iboropa,  has made history in the country and she excitedly shared the news o

A Nigerian female monarch, Tinuade Babalola Adejuyigbe, the Oluboropa of Iboropa,  has made history in the country and she excitedly shared the news on social media. She revealed that she participated in the three weeks National Youth Service Corps, NYSC camping experience in Minna

According to her, none of her fellow corps members discovered that she was a royal because she blended in perfectly. The traditional ruler who also attended her POP ceremony shared photos on her Instagram page

According to the Oluboropa, she is the first traditional ruler to achieve the feat while still occupying the throne. The monarch disclosed that she was a part of camping activities in Minna and did everything other corps members were expected to do apart from domestic works. She added that NYSC officials in the camp were aware of her identity but her fellow corps members were not because she blended so well with them.

“History was made today I went to camp in minna paiko even though NYSC officials were informed of my coming, my fellow corpers didn’t know my real identity cause I blended so well and I did everything all Corp members did with the exemption of domestic work though,” her post read in part.

The Oluboropa extended her sincere appreciation to God, her parents, siblings, her chiefs and the people of Iboropa who all supported her.