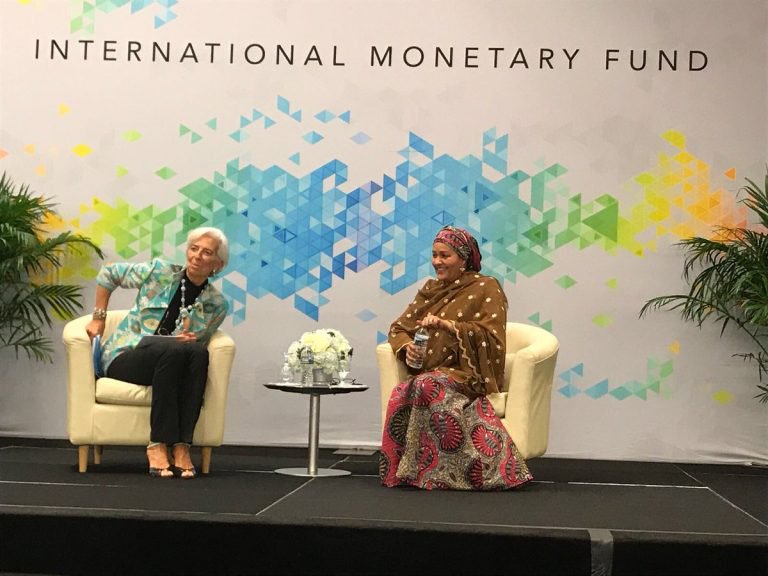 “Okonjo-Iweala helped get Nigeria out of debt, but we are back there,” says former minister, Amina Mohammed (video)

Amina Mohammed, the deputy secretary-general of the United Nations (UN), says Ngozi Okonjo-Iweala, two-time minister of finance, spent years to get Nigeria out of debt, but the country is now back to worrying levels.  Speaking at the International Monetary Fund (IMF) and the UN Working Together Conversation, the former minister of environment in Nigeria expressed her worry on the rising level of debt in Nigeria and the rest of Africa.

“As I was coming up from New York, some of the concerns that came up from the meeting we had in China just recently and reports that we have; the issues are really big, I mean, having experienced what it was for Ngozi (Okonjo-Iweala) to get debt relief. It took her a few years to convince people, and we are now back again in my country, with a level that is worrying, but its happening all over Africa. Is that the way we want to go? I think we really need to sit down and have a better conversation about all the asks of a growing economy; that needs to be inclusive, it needs to succeed, because stability is needed more than ever today, across our countries and where we are working.”

In the conversation with Christine Lagarde, the managing director of the IMF, Amina Mohammed had agreed with Lagarde that Okonjo-Iweala was very influential in securing some form of relief for Nigeria in 2006. Before 2005, Nigeria had an external debt stock of $36 billion, which had been carried over from the military years, dating back to 1985. In October 2005, with Okonjo-Iweala as finance minister, Nigeria and the Paris Club announced a final agreement for the relief worth $18 billion after Nigeria paid $12 billion. The deal was completed on April 21, 2006 when Nigeria made its final payment and its books were cleared of any Paris Club debt, bringing Nigeria’s external debt profile to just $3 billion.