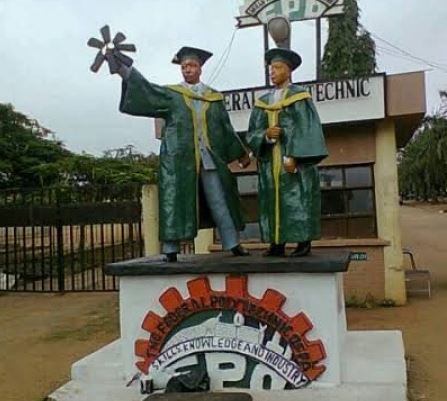 The Federal Polytechnic, Offa, has invented solar-powered machines, which can prevent the spread of the deadly COVID-19 pandemic. The Registrar of

FG releases guidelines for easing lockdown from Monday May 4
We didn’t ask Madagascar for cure, they gave us – FG clarifies
Rwanda deploys robots in fight against COVID-19

The Federal Polytechnic, Offa, has invented solar-powered machines, which can prevent the spread of the deadly COVID-19 pandemic.

The registrar said that the institution had also invented an automated fumigation disinfectant system, as part of its contributions to the fight against the pandemic by government at both the federal and state levels. He said that the exercise was supervised by Dr Abiola Olafimihan, who, he said, set up the COVID-19 Technical Committee, chaired by Dr M. A. Fowomola, to midwife the project.

Oni added that the institution had invented an automatic fumigation machine, which was demonstrated during the donation of the device to the traditional rulers of Offa, Ipee, Erin-Ile and Ojoku by the Rector, Dr Lateef Olatunji.

Oni added that the automatic fumigation disinfectant system was invented by Mr Aduloju Emmanuel, a lecturer in the Department of Science Technology, who converted solar energy into mechanical energy.
“It can be used to fumigate the environment and other public places to curtail the spread of COVID-19,” he said.

The registrar said that the solar automated hand-wash sanitiser, which could dispense soap, water and sanitiser sequentially, was also designed by Aduloju. Oni added that the solar-powered sound automated pee toilet system was conceptualised and designed by Mr O. A. Somoye, a lecturer in the Physics unit of the department, presently doing his doctoral programme in Nottingham University, United Kingdom.

The device, he said, was developed for urination without touching or having contact with any object in the toilet.