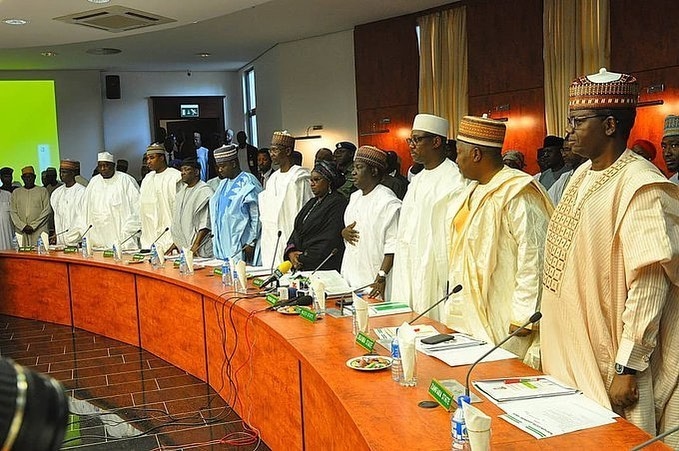 In a communique issued after the Northern States Governors Forum held a teleconference on Wednesday, the governors have appealed to the federal govern

In a communique issued after the Northern States Governors Forum held a teleconference on Wednesday, the governors have appealed to the federal government for relief as they make effort to curb the spread of COVID-19. The meeting was presided over by Simon Lalong, chairman of the forum and governor of Plateau state.

The governors agreed that they have recorded “appreciable” progress in the return of Almajiri kids to their home states. They said they would continue to follow the laid-down protocol for profiling, quarantining, testing, transportation, handing and taking over as well as reintegration.

“The Governors also maintained their earlier decision to purchase COVID-19 Mobile Testing Vans which have already been ordered to boost testing of more citizens especially in the rural areas. On enforcing closure of inter-state boundary roads, the Northern Governors again expressed disappointment that despite several measures taken, including Presidential orders, there are still violations where people move from one State to another through compromise and use of illegal routes,” the communique read.

“The forum resolved to continue their appeal to the Federal Government for relief support to deal with the coronavirus pandemic, as the northern region now has about 54% of the national cases and 70 percent of new infections.”

Northern governors say their states have 54 percent of the total COVID-19 cases recorded in the country. But from the figures by the Nigeria Centre for Disease Control (NCDC), the north — 19 states with the exception Kogi where no case has been recorded — accounts for 44.9 percent of the total cases with 2999 patients.

The NCDC had said that there are no benefits attached to reporting more or less COVID-19 cases. So far, the country has recorded 6,677 cases of the disease; 1,840 patients have been discharged, while 200 have died.