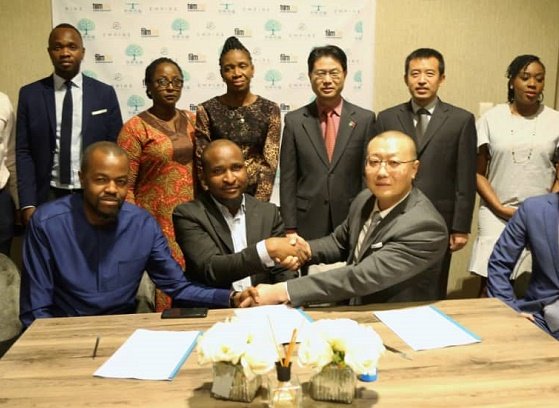 The Nollywood industry has received an international capital fund for the production of more quality movies with investments from China and South Africa. FilmOne, a Nigerian distributor of filmed entertainment, disclosed this following the signing of an agreement between the three countries.

Among the core investors in the fund are Huahua Media, a Chinese company known for investing in ‘Godzilla: King of the Monsters’ and AY’s forthcoming movie entitled ’30 Days in China’. Also included is Empire Entertainment, South Africa’s leading distributor representing major Hollywood studios and a host of leading independent producers.

According to FilmOne, both companies will assist in identifying the films with the most potential for theatrical release and box office success in global markets.
“This is the very first film fund between Chinese and African partners, signaling a growing interest in Nollywood by China and international film communities,” said Chu Maoming, China’s consul-general, during the signing of the deal.

“We welcome this partnership between Chinese and African companies. They seek to increase the premium Nollywood films being made by providing filmmakers with bigger budgets and technical advice to improve film quality.”

Moses Babatope, FilmOne’s managing director, while crediting the Nigerian government for its support, added that the fund would take Nollywood to a much higher level of production quality and global appreciation.
“Our filmmakers have the talent, but lack access to the capital that would allow them to produce the movies they dream about,” he said.

“This fund aims to change that paradigm through partnership and by providing the resources needed to make better films, and create more jobs and opportunities for other creatives.”