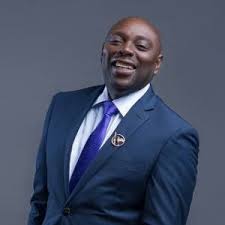 Veteran actor, Segun Arinze is opening up on his relationship with his ex and colleague, Ann Njemanze which produced a daughter, his first child to be

Veteran actor, Segun Arinze is opening up on his relationship with his ex and colleague, Ann Njemanze which produced a daughter, his first child to be precise and why he has no regrets that he has children from four women.

The multilinguist and a one-time President of the Actors Guild of Nigeria (AGN), who is currently married to a lady he refers to as Julie listed the number of children he has and their names.
“I am 100 percent a family man. I love my family. That’s the first and foremost thing. I’m married to a lovely woman called Julie. I have children from my wife (Julie), I have Ayo, Femi and my new baby daughter, Victoria Ejiamatu. And of course, before then, you know I had a son and then of course we had Morenike between Ann Njemanze and I and of course I have Ebunoluwa.”

Setting the record straight, he revealed that he has only been married twice, once to his colleague, Ann Njemnaze and to his present wife. He denied ever tying the knot with Efe, one of the mothers of his children.

Asked why he decided to settle with Julie out of his numerous options, Segun Arinze said, “Honestly, if you ask me that’s what I will like to keep to myself. I don’t like comparing people. I hate comparing people. Everybody has their nice sides and their ugly sides and they are nothing to start talking about. But what stands her out, the honest truth, is that she’s my wife. That’s what stands her out. I love her, she loves me, I understand her, she understands me, we communicate most effectively and that’s it.”

He however did shower encomiums on his ex wife despite their differences.
“Having issue with my ex-wife, Ann, is a normal thing that go on between couples. It was just so unfortunate that it was something that couldn’t be resolved by both parties and we had to move on. And we all have moved on. She’s a wonderful person. But sometimes people are not compatible and I guess that was just one of those things. But that doesn’t change the fact that she’s a nice person, a wonderful actress and a great mother. It doesn’t change that side.

Segun Arinze who has been stereotyped into playing the villain in movies says he has no regrets that all his children didn’t come from one woman.
“I’m not God! It’s God. I’m not God. So, it happened, it happened. We don’t dwell on them, we just move on. I told you earlier on – I don’t regret things. I learn from them. I’ve learnt from them. I’ve learnt not to regret things, because it weighs you down. When you start regretting things, you start going back, you start doing the blame game. This is no time for the blame game. Stop playing the blame game. Just move on.”