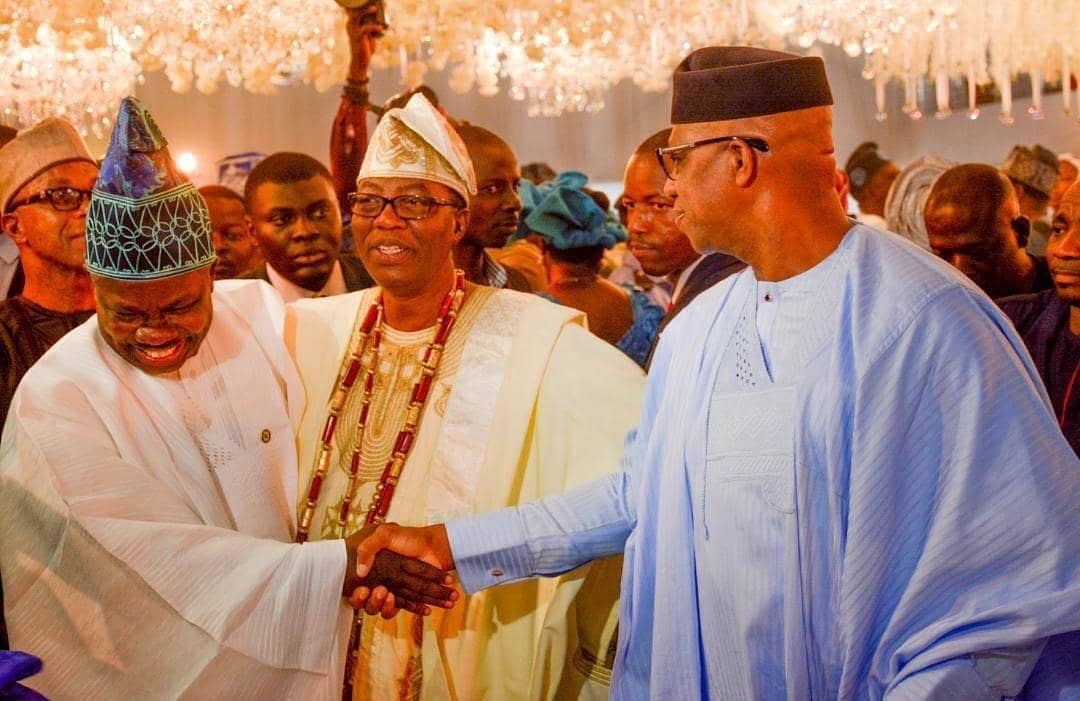 It was a show of solidarity but the gesture was one that surprised the father of the groom and even guests present. For many who don’t know, the erstw

It was a show of solidarity but the gesture was one that surprised the father of the groom and even guests present. For many who don’t know, the erstwhile governor of Ogun State, two-time Senator Ibikunle Amosun and his predecessor, Otunba Gbenga Daniel, have had a cold war that spanned almost the entire two tenures of Ibikunle Amosun. The bone of contention was a parcel of land in Abeokuta on which Otunba Gbenga Daniel built his sprawling Conference Hotels and Suites which was officially declared open late last year by the current governor, Dapo Abiodun.

Not long after the completion of the hotel in the first tenure of Ibikunle Amosun, ready for commissioning, Amosun put the hotel under lock and key for land encroachment. A panel which was set up by his administration indicted Otunba Daniel in its report and the hotel got seized while the certificate of occupancy of the land got revoked. And so, for the better part of Amosun’s administration, the hotel remained locked up with weed and reptiles taking over the premises of the hotel.

Several highly placed individuals sought to appeal to the humane side of Amosun to let bygone be bygones but he remained adamant and wouldn’t budge. The situation remained so until the end of his second tenure when he handed over the rein of government to his successor, Dapo Abiodun whom he tried unsuccessfully to ensure doesn’t smell Ogun State’s seat of power.

Sensing that the tide would likely turn in the incumbent, Dapo Abiodun’s favour, Otunba Daniel quickly jumped ship with his followers and aligned with Abiodun who coasted home to victory. For his endorsement, Governor Abiodun felt the need to reward Daniel’s solidarity with him and got the hotel released to him.

So that it was surprising to see Amosun put all bad blood behind him and saunter into the venue of his son’s wedding in Lagos, would be just putting it mildly. Naturally, like a good sportsman, Otunba Gbenga Daniel welcomed him with open arms.