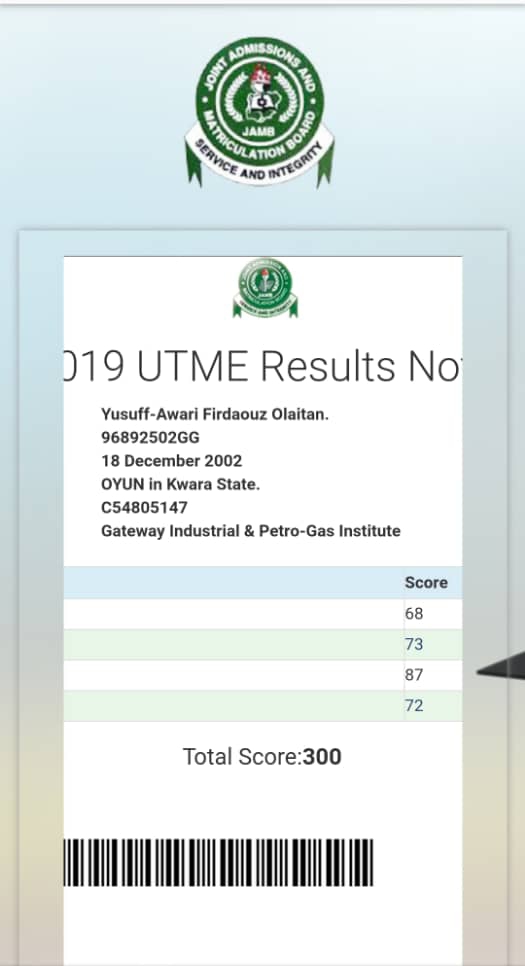 17-year-old Firdaouz Yusuff-Awari who performed excellently at both the Unified Tertiary Matriculation Examination (UTME) last year, scoring 300 and a

Sex with someone you don’t live with is now illegal in UK
Policemen who killed phone thieves remanded in prison, lose their jobs
Gbajabiamila defends promotion of infectious disease bill

17-year-old Firdaouz Yusuff-Awari who performed excellently at both the Unified Tertiary Matriculation Examination (UTME) last year, scoring 300 and at the University of Ilorin’s post-UTME test where she scored 76 per cent, has been denied admission in the tertiary institution where she had hoped to study Law.

This is also besides the fact that she got seven distinctions and two credits in the 2019 West African Examination Council (WASSCE). The university’s cut-off marks for Common Law are 260 and 50 per cent for UTME and post-UTME respectively and Ms Yusuff-Awari scored above the two cut off marks.

Olaitan Yusuff-Awari, Firdaouz’s father says his daughter is at home depressed and very disappointed in the educational system all due to the fact that the university shut its portal on August 30th.

According to Mr Yusuff-Awari, his daughter was unable to include Mathematics among the subjects she uploaded to the University of Ilorin portal because the West African Examinations Council delayed its release. She uploaded eight subjects to the university portal while awaiting the release of her Mathematics. Mathematics (at least a credit pass) is a requirement to study Law at the university.

“The WASSCE result was released on July 25 and the Mathematics was later released on August 31. But the university shut its portal on August 20. We uploaded the (full) result on JAMB portal and they sent us a copy that they’ve received it. When we tried sending it to University of Ilorin, their portal was closed,” he said.

Mr Yusuff-Awari said he went to the Computer Services and Information Technology Centre (COMSIT), the ICT department of the university that uploads admission list and is in charge of opening and closure of the portal, at the university in September to inquire about the closure of the portal. He said he was told that too many candidates applied to study at the institution and the number of candidates that had uploaded their results on the portal was more than the school could take.

“The people there advised me to change my daughter’s course to another that does not require Mathematics, but I said no. The closure of the portal made eligible students unable to upload their results, no single candidate was able to use NECO result for Unilorin because NECO results were not yet out. When I went to the institution in December to inquire about the matter, they requested that the students should start attending lectures in case they open the portal so that they will not miss much,” he said. 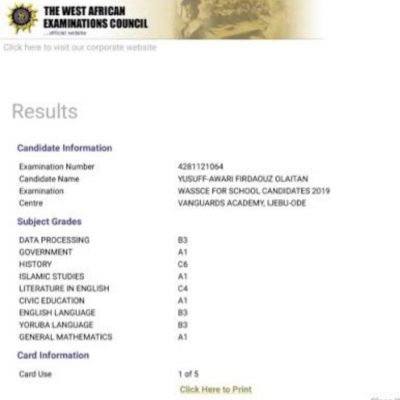 According to PremiumTimes, Mr Yusuff-Awari said all attempts to seek clarification from JAMB and the University of Ilorin did not yield any result. However, Kunle Akogun, the UniIlorin Public Relations Officer, said the university is not to blame for the candidate’s failure to gain admission because her results were not uploaded before the portal was closed.
“If a candidate scored 400 and is unable to upload results at the regulated time, there is nothing anyone can do.

But Akogun declined to state if the university issued a notice to applicants about the closure of the portal.