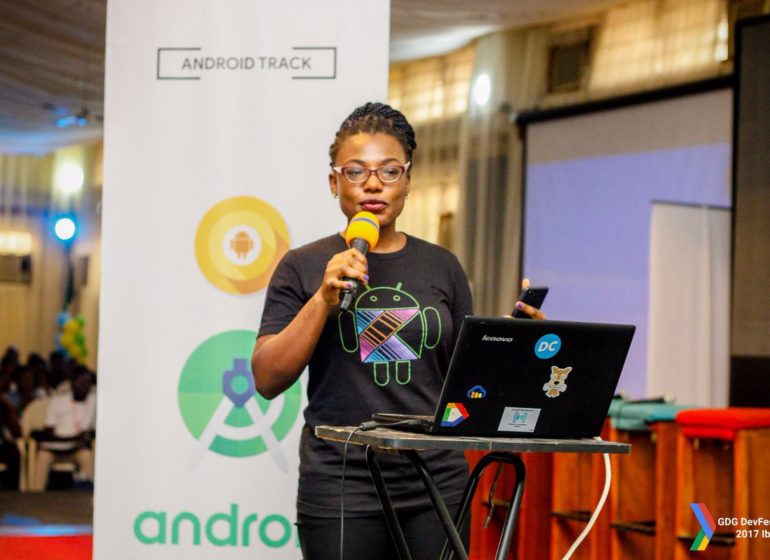 Moyinoluwa Adeyemi, a graduate of computer science and mathematics from Obafemi Awolowo University (OAU) in Osun state, has developed what is called ‘

Moyinoluwa Adeyemi, a graduate of computer science and mathematics from Obafemi Awolowo University (OAU) in Osun state, has developed what is called ‘Yoruba Watch Faces’, an Android app which tells time in the Nigerian dialect.

Adeyemi built the app in 2016, after an extensive research alongside her friends. Her interest in the project was said to have been piqued on a certain Friday after returning from work. While trying to check what the time was, she had curiously imagined how amazing it would be to have a watch in Yoruba language. Adeyemi’s curiosity eventually led her into developing the now widely celebrated app.

‘Yoruba Watch Faces’ is a collection of watch faces built in the popular local Nigerian dialect. It is said to be the first African indigenous clock app on the Play Store. There are currently two Watch Faces in the collection both of which are in Yoruba Language. The illustrations were created by @TheVunderkind and they depict a man and a woman dressed in the traditional Yoruba attire. The Watch Faces work on all screen types; chin, square and circle. 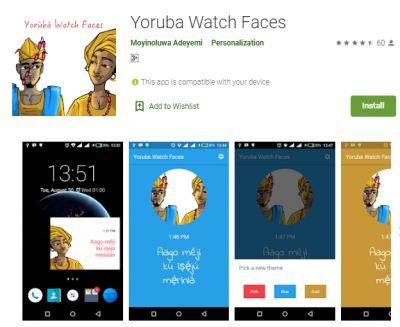 Currently the first Nigerian Google developer expert for Android, Moyinoluwa Adeyemi had explained that her foray into technology started while in school. She also noted that her passion for tech paid off as she got employment offer even before completing her time with the National Youths Service Corps (NYSC).

“While I was in school, I had friends who knew how to build apps for feature phones with J2ME and I got them to teach me. That was how I got started with Software development. I dabbled into Front End Development for a while before settling on building apps for the Android platform. I got software development internship positions as a result of this hence I could hone my skills.

“I also had access to some paid courses on Udacity for free as a GDG OAU organizer and I took advantage of that. Finally, I was surrounded by a very active community of student developers who were learning or already knew how to program and they were all eager to share their knowledge. All these were good enough to ensure that I was able to get a full-time job straight out of University even before NYSC.”

The tech guru’s innovation has since been making the headlines with many taking to social media platforms to shower encomiums on her for promoting the country’s rich culture.