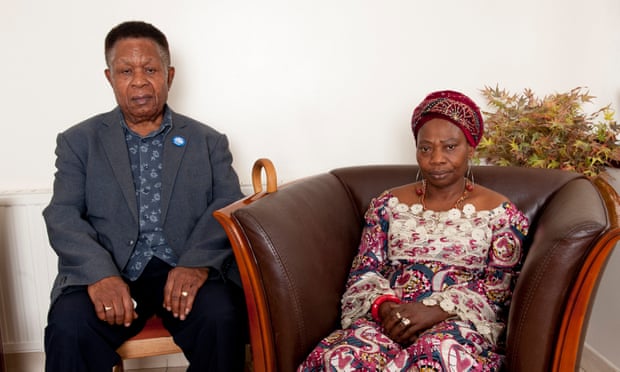 Nigerian couple Mr John and Mrs Linda Burke-Monerville, living in London and who lost three sons to violent crimes in London in the last two decades a

Nigerian couple Mr John and Mrs Linda Burke-Monerville, living in London and who lost three sons to violent crimes in London in the last two decades are demanding justice.

The couple were guests on the Good Morning Britain show on Monday, where they shared their experience and their decision to send their living children to Nigeria in order to minimise the possibility of them dying by knife attacks. On the show, Mrs Burke-Monerville begged for justice for her three sons; Trevor, 26, Joseph, 19 and David, 38, who were killed in three separate attacks.

Speaking to Good Morning Britain, the devastated parents revealed how they had desperately tried to keep their family safe by sending their children to Nigeria. But just six months after Joseph had returned from Nigeria to London with his twin Jonathan, he was shot in the head and died. Mr John Burke-Monerville said, “The second set of twins – I recall one day they came home saying they got in a fight at school and a young lad who was a spectator at the time of the fight offered one of them a knife and asked him to use it. They came home and told us that story. The next day we talked about it and decided to repeat what we did with the first set (by sending them to Nigeria).”

As wife Linda sobbed beside him, John told GMB, “I have to hold onto what is left of my family. Parents of these boys should do something better, instead of harbouring boys who do all these things. No mother should go through what these boys are putting me through innocently. I just want justice done. I just want justice. Even with Joseph’s case where the police promised us heaven and earth. They told us they did this, they did that, they caught the boys and at the last minute, they just dashed our hopes.”

The country has been battling a knife crime epidemic with fatal stabbings as deaths are at their highest level since the Second World War.