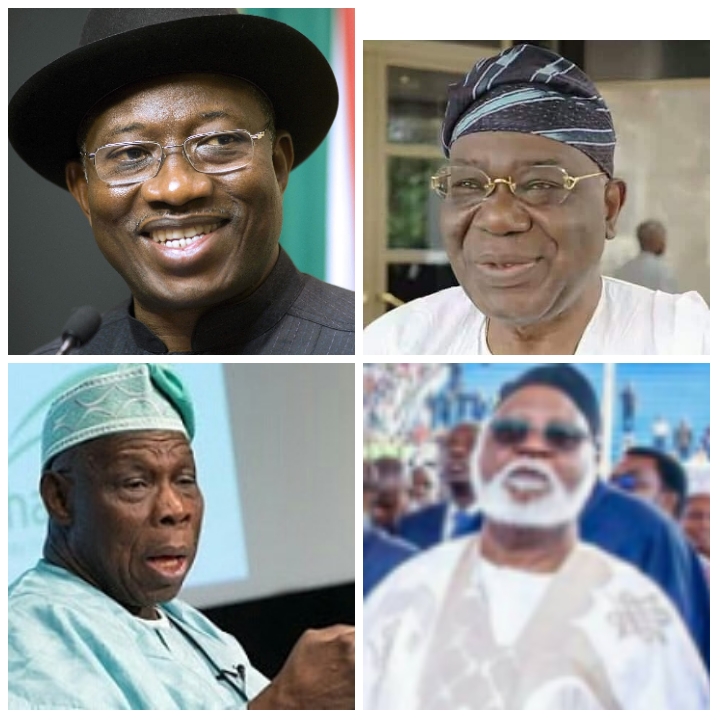 Nigeria to spend N7.8 billion on Obasanjo, Jonathan, others in 2021

The Federal Government will spend whopping N7.8 billion on entitlements, severance allowances and other perquisites to the Nigeria’s former leaders, d

The Federal Government will spend whopping N7.8 billion on entitlements, severance allowances and other perquisites to the Nigeria’s former leaders, details of the assented 2021 budget have shown.

This spending is coming at a time the country is battling with an acute  revenue shortage in 2021, with plans to borrow about a quarter of the year’s budget expenditure.

The money is a yearly ritual in the nation’s budgetary cycle, and by the end of this year, it would have cost Nigeria about N68.8 billion in five years.

The appropriation is in accordance with the remuneration for the former presidents‘ act, which offers a slew of luxuries.

Nigeria has had fourteen presidents, prime minister and heads of state, all men, including incumbent President Muhammadu Buhari, since independence in 1960.

The nation has also had 14 vice presidents and deputy heads of state, again all men, including two different deputies under the Ibrahim Babangida military junta – Ebitu Ukiwe, 70, and Augustus Aikhomu, who died in 2011 aged 71.

Seven of them are alive, including Olusegun Obasanjo and Goodluck Jonathan, who would later become presidents themselves. Others are Ebitu Ukiwe; Mr Abacha’s deputy, Oladipo Diya; Atiku Abubakar, Namadi Sambo, and incumbent Yemi Osinbajo.

Living presidents and their deputies are, at the expense of the federal government, entitled to at least six security details and personal aides; well-furnished office and a five-bedroom apartment in any location of their choice; vehicles replaceable every four years; diplomatic passport for life; free medical treatment, which may be abroad where necessary, for themselves and their immediate families; thirty days all-expense-paid annual vacation within and outside Nigeria.