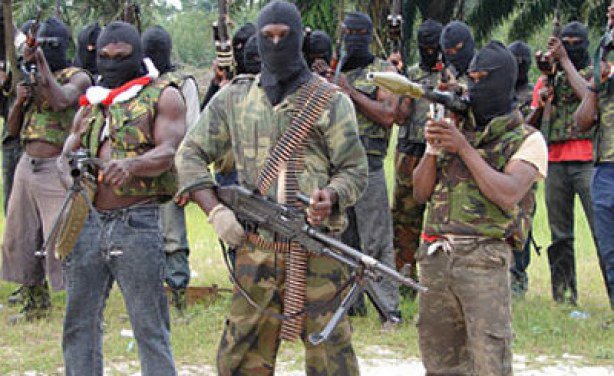 Following rising insecurity and reported strike by food item and cattle traders which has prevented food supplies to Southern Nigeria by Northern merchants, a Coalition of Niger Delta Ag­itators (CNDA) has threatened to cut off oil and gas supply to the North if the decision of Northern trader isn’t reversed in 30 days.

The coalition also re­solved that for their various roles and utterances in re­cent events, the Buhari-led Federal Government should immediately effect the arrest of Sheikh Ahmad Abubakar Gumi, a cleric who has been meeting with bandits in forests, and Bauchi State governor, Bala Moham­med, who sanctioned the use of Ak-47 guns by Fulani herdsmen.

Rising from a joint emer­gency general meeting of the coalition comprising all the major militant groups in the Niger Delta, the Coalition said: “For the avoidance of any doubt, no ethnic group or geopolitical area in this country has the monopoly of violence.

“We are aware that the Northerners have begun the stoppage of movement of food items to the Southern part of the country. We hereby give the North­erners a 30-day ultimatum from today to withdraw that threat, otherwise, we shall retaliate by cutting off all the oil pipelines supplying oil and gas to the entire Northern Nigeria, and block all tank­ers and other vehicles from loading products to the North. Additionally, we shall make sure that oil licences belonging to the Northern­ers are forcefully revoked after the expiration of this ultimatum.”

In a communiqué sighted by Daily Independent and signed by the coordinator of the Niger Delta Watchdog, self-styled General John Duku, and 12 others, the Coalition also frowned at the recent outbursts and suggestions by some prominent figures from the Northern part of the country, calling on North­erners to be well armed with guns to defend themselves.

On Sheikh Gumi and Gov­ernor Bala Mohammed of Bauchi State, the coalition said the duo seem to be the financiers of banditry and herdsmen criminality in the country. It also condemned all forms of negotiation with bandits, gun-carrying herds­men, kidnappers and Boko Haram leaders who have been terrorising innocent citizens across the country in recent times, declaring that such acts amounted to nothing short of criminality.

“The Coalition considers it very erroneous to compare bandits, Boko Haram mem­bers and herdsmen who are not pursuing any just cause than to kill, maim and de­stroy lives and property in the country to Niger Delta militants who have over the years been subjected to suf­fering, discrimination, and deprivation in their own land while their resources are exploited and used for the development of other regions in the country.

“It is, therefore, out of place to seek amnesty for killers and abductors of in­nocent schoolchildren and citizens simply because some militants in the Niger Delta had been given some form of amnesty. And despite all the ne­gotiations for the release of the kidnapped persons and payments of ransom, kidnappings seem to be on the increase,” the coalition lamented.

Arguing further, the co­alition said: “For Sheikh Ahmad Abubakar Mahmud Gumi to accept in the first place to negotiate with ‘ter­rorists’, who are enemies of the Nigerian state, and also recommend that government grant the criminals amnes­ty for no just or reasonable cause, means that he is an integral part of the group.

“It is quite appalling to learn that Sheikh Gumi was even very furious with journalists for reporting the nefarious activities of these bandits and even went on to brand journalists ‘criminals’ for stressing on the criminal­ity of the bandits.

“After carefully watching this ‘naked dance’ displayed by the likes of Sheikh Gumi; Bauchi State governor, Bala Mohammed; Bauchi ex-gov­ernor, Isa Yuguda, and some other Northern elite, the Co­alition of Niger Delta Agita­tors is compelled to believe that they are using the kid­napping of innocent citizens to make money.

“It is very clear that they are using the Federal Gov­ernment, which is led by a Northerner, to rape the coun­try’s commonwealth which belongs to all citizens of the country.”

Meanwhile, the Coordinator of the Kwara State chapter of Miyetti Allah Association of Cattle Breeders, Aliyu Mohammed, has said that the blockage of cattle and foodstuffs to the South West through Kwara State will continue until the safety of Fulani is guaranteed in the region.