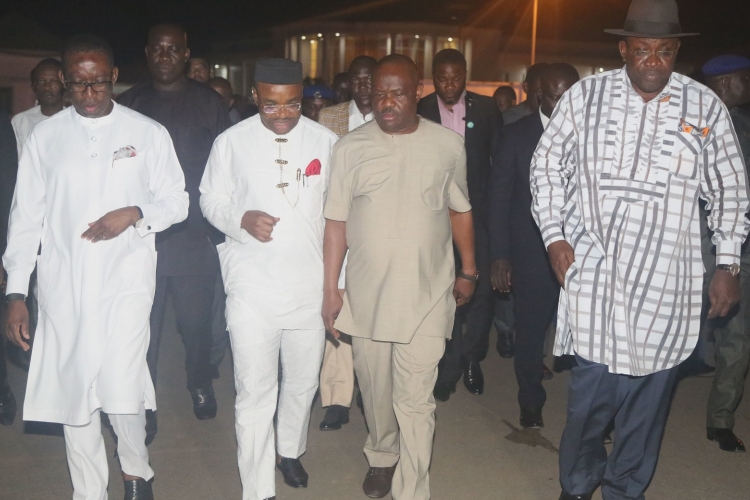 Buhari had earlier in the week appointed 15 board members of the commission, with Pius Odubu, a former deputy governor of Edo state, as its chairman. Others in the reconstituted board are Bernard Okumagba (Delta state) who will serve as Managing Director; Engr. Otobong Edem (Akwa Ibom) as Executive Director Projects and Maxwell Okoh (Bayelsa), Executive Director Finance & Admin.

The governors expressed concerns over the appointment, saying the process does not reflect effecting governance mechanism. Seriake Dickson, governor of Bayelsa state, said the governors would meet with Buhari to address their concerns.
“We will meet with President Muhammadu Buhari to discuss the issues,” he said.

He said the concerns arose from protests by stakeholders across the nine member states of the NDDC. Dickson called on stakeholders in the Niger Delta states to remain calm, as he assured them that their concerns will be addressed.

Also present at the meeting were Rotimi Akeredolu, governor of Ondo; Godwin Obaseki, governor of Edo; Udom Emmanuel, governor of Akwa Ibom; and representatives of two other states.