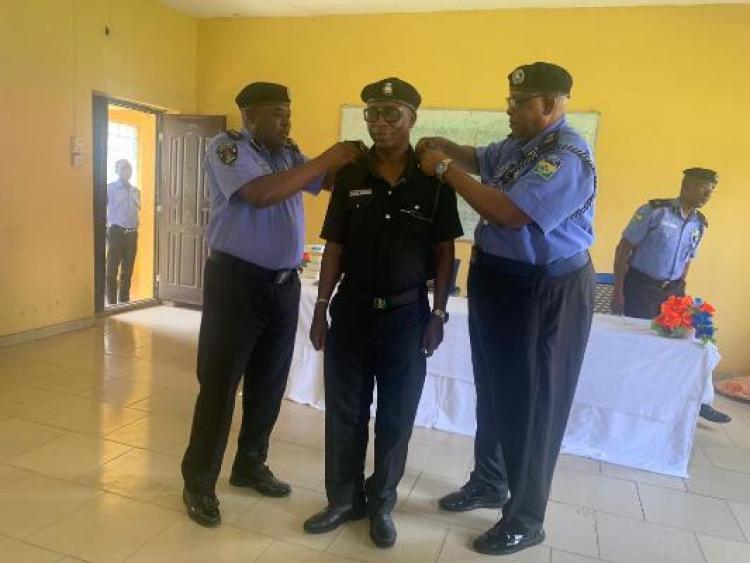 The Nigeria Police Force (NPF) has trained officers of the National Film and Video Censors Board (NFVCB) as Supernumerary (SPY) Police to enhance its fight against unclassified, pirated films and video works. 14 of the trained officers were decorated, after completion of the course with different ranks by CP Ajani Olasupo, Commandant of the Police College Ikeja (PCI) Lagos State.

NFVCB is a Federal Government body that regulated films and videos, imported or produced locally. It is also the duty of the board to register all films and videos outlets across the country, among other functions.

SPY Police are engaged for specific security functions within a restricted jurisdiction or operational space. The Nigeria Police Act provides guidelines for their establishment and grants them the powers, privileges and immunities enjoy by police officers. However, such powers are limited to areas specific to their jobs or professions.

Mr Adedayo Thomas, Executive Director of NFVCB said the special training and decoration were follow-ups to an earlier training for 150 officers on Supernumerary Policing on Illicit Trade, Security and Enforcement Duties.
“As part of the NFVCB zero-tolerance stance against all uncensored and unclassified films in the Nigerian market, whether foreign or local, we are working closely with the Nigeria police.

“The board is set to come out stronger to ensure total sanity of the film industry to ensure right owners of films and video works enjoy the fruit of their hard labour. This is in line with the ‘New Level’ mantra of the President Muhammadu Buhari led Federal Government, which should also be reflected in our film industry,” he said.

The Director of Operations of the NFVCB, Mrs Bola Attah, expressed appreciation to the management of the board and the Nigeria police on behalf of the trained officers. She said that the training had positioned officers of the board for better fight against uncensored films and video works and their dealers. Attah said that the board had recently started a nationwide raid against unclassified and pirated films, which would be boosted by the experienced garnered from the training.

“With this training we are set to tell all pirates that it is no longer business as usual because the right thing must be done for our film industry to contribute more to our economy,” she said.