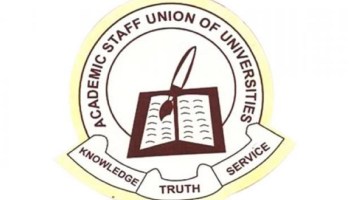 A crack seem to have developed within the rank and file of the Academic Staff Union of Universities (ASUU) as lecturers from five universities have broken away from the body to form a new faction. The lecturers announced the formation of the Congress of University Academics (CONUA) at the end of its stakeholders’ forum at Obafemi Awolowo University (OAU), on Saturday.

Niyi Sumonu, the national coordinator, said the lecturers formed the new union to restore stability to Nigerian universities.
“For the standard of education to be very high, we need a stable academic calendar. We need to be able to predict the academic session, have innovations that are difficult without continuity, and be attuned to modern realities,” he said.

“Our union would approach the matter of engagement with all stakeholders in an engaging manner to have a common ground for moving forward. Our union is not anti-government, if government and by extension, administrators of universities are doing well, we will let the world know and we will quickly knock them, provide alternative constructive criticism and take them to task where they are not doing well.

“We will not wait for them to make mistakes before we intervene. We have vision and will provide ahead what can be done to have better results. If that is done we are sure we will have a better way to move forward. Members believe we should have alternative ways of solving problems. Members have been contributing very well to the finance of the union. When we fulfill and do all that we need to do, financial constraints will be forgotten.

“We have been at this for over three years in Ife. We have been waxing stronger and members from other universities have been experiencing what we experience here; hence the decision to come together to form a national union.”

Chris Ngige, minister of labour and employment, confirmed this new development adding that the new union has applied for registration. He added that a committee has been set up to look into the application.